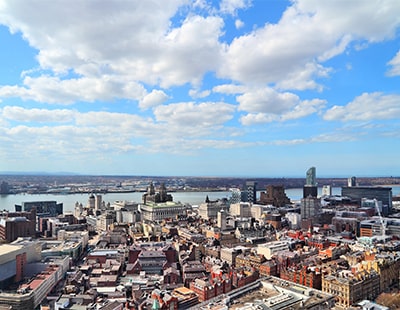 Campaigning groups like Generation Rent and Shelter like to think they are simultaneously edgy and radical; likewise some think tanks believe themselves to be lofty, worldly and above the fray of day-to-day politics.

So why, when it comes to housing policy, are some campaigning groups and think tanks doing the government's dirty work?

To illustrate my argument, I’ll point you at the figures that determine whether Britain has or has not got a housing crisis - house building.

The figure for the current decade is only as high as it is thanks to a surge in building in the past two years - otherwise it would be even more derisory.

Here are more figures, the council house sell-offs under Right to Buy: 1.5 million homes have been sold through R2B since introduced by Margaret Thatcher 39 years ago.

While this policy helped owner-occupation rise from 55% in 1979 to 72% in 2004 (since when it has dipped) the policy has also led to a sharp decline in social housing availabil-ity.

Scotland and Wales have recently scrapped R2B, but it remains in force in England.

So we have, at a very fundamental level, two powerful factors that contribute towards a shortage of housing - insufficient house building and a sell-off of social homes.

Yet have you ever - I mean ever - seen a campaign by pressure groups such as Generation Rent and Shelter against such policies?

I suspect the individuals in these groups are as unhappy at those two policies as I am, yet they keep quiet and let them take their course.

Instead they take the easy option, criticising landlords, letting agents and those who actually provide more homes for people rather than those whose policies provide fewer homes.

Some think tanks are now following suit, not seeing the wood for the trees.

The Centre for Social Justice and the Resolution Foundation, for example, have both called for longer tenancies in recent reports: there’s nothing inherently wrong with such a demand yet this is a detail rather than a principle.

And the principle, surely, is that more homes should be built - if not by the private sector then by the public sector through housing associations, councils or new community organisations?

Why are the think tanks not looking at the fundamentals, rather than the details?

There is one obvious excuse that both campaigning organisations and think tanks can hide behind, and that’s the need for neutrality: the requirement not to be seen as, for example, campaigning against a Conservative government and implicitly for a Labour one.

But when Labour’s policies on housing supply - the building of new homes - are not so very different from the Conservatives’ policies, what’s the problem?

For all its Corbynista-chic on renationalising the railways and giving us more bank holidays each year, Labour is not calling for a public house building programme that would be anything like sufficient to solve the housing shortage.

It would just (and whisper this quietly) be the correct thing to do.

Instead, though, it’s much easier to take a pop at the low-hanging fruit of landlords and letting agents - as if the bulk sell-off of buy-to-let homes would somehow build more properties and, hey presto, solve the housing crisis.

Which means that the politicians are let off the hook. Instead of being held to account by campaigning groups and think tanks, they can succeed in their diversionary tactics, saying “Look - the housing shortage is the fault of landlords and letting agents, not government!”.

No one wants rip-offs by the property industry or brutal tactics against tenants: but let’s not pretend they are the only problems out there, nor that they are the policies required to solve the generation-long scandal of too few homes for our people.

At the start of February, Nationwide suggested that the housing market...