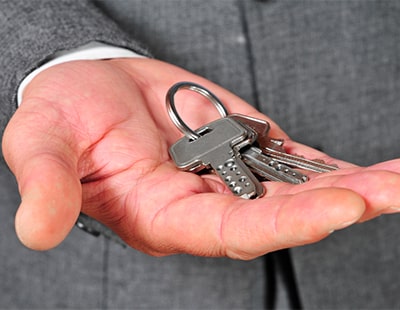 Nobody likes change. It makes people feel threatened, undermines their confidence, and makes them worry about the future. But regardless of how we feel change is inevitable in all walks of life and property management is no different.

It’s safe to say that the relationship between landlords, tenants and agents will never be the same in the next five years as it was in the past and I, for one, believe that is a very good thing.

It is important to remember that the number of properties in the Private Rental Sector (PRS) has more than doubled in the last fifteen years and now accounts for over 20% of all housing stock in the UK, around 4.8 million households.

The PRS is now the second largest provider of homes to individuals ahead of social housing which accounts for just over 17%.

When the 1988 Housing Act was introduced the PRS was quite small and landlord ownership was not as widespread as it is now. Now, an estimated 65% of all landlords are described as ‘accidental’: those who fell into property ownership through inheritance or were unable to sell their own property and decided to rent it out instead.

In a race to the bottom to attract these landlords, many agents decided to cut fees to the landlord and transfer them to the tenant. This, coupled with TV shows highlighting the get rich-quick aspects of property development, the myths of which unscrupulous letting agents did little to dispel, meant that many landlords and agents have simply seen tenants as cash cows.

However, we are now at a crossroads. Major changes are happening in the relationships between landlords, tenants and agents. Legislative change in the form of the Tenant Fees Bill will transform the treatment of tenants and introduce greater transparency and fairness to a system which was sometimes, although definitely not always, abusive.

Many agents oppose this because it accounts for between 25-33% of their income. But surely this means they must change their practice rather than oppose this development?

Equally there are moves to end ‘no fault’ grounds for eviction and to introduce longer tenure for tenants in a bid to improve tenant security. Many agents and landlords also oppose these developments, yet this is to fundamentally misunderstand the key current issues in property management.

The old relationships were built on confrontation between landlord and tenant pitting one against the other and assuming that no positive connection was possible. Each side had their own interests and they could never meet or combine.

The truth is that property management must be about developing a mutually beneficial relationship between all participants. The tenant is the customer, and not just a source of income, and the landlord is providing a home, and is not just an investor seeking profit. The agent lies somewhere in between to ensure that all sides benefit.

So as important as the changes in legislation are, it is also the need to change the mindset of so many landlords and agents. They need to engage with the tenants and develop a system which works to everyone’s benefit.

Obviously, we want landlords and agents to make money, and we also want tenants to feel happy, secure and safe in their homes. We also want to create an environment in which transparency and fairness are at the heart of all transactions.

If a tenant asks for a repair it is not a chore to be done at the cheapest price, if a landlord feels a tenant is damaging their property it is not something to get angry about but is something that must be resolved.

The old system of property management is broken both in terms of the ethos but also in its means of delivery. At the heart of these changes is a fundamental shift from bricks and mortar to online. Technology provides the basis for implementing greater transparency, fairness and openness, backed up by face-to-face on the ground support.

We have developed a new platform under the brand apropos which uses a standardised system to ensure that no matter where in the UK the service is delivered, the experience and ease of use remains the same.

Our platform provides 24-hour access for tenants and landlords to input and access data. Both tenant and landlord can view all relevant information and monitor responses and actions directly. This ensures that all participants know exactly what is going on at any time.

This gives landlords the reassurance that they are providing an exceptional service and gives tenants the security and transparency they require from the provider of what is, after all, their home.

We want landlords and our local business partners to be proud to be a part of apropos and for tenants to want to stay in an apropos-managed property.

Despite all the complaints about the introduction of the Tenant Fees Bill and other changes it should be noted that the same comments were made in Scotland before tenants’ fees were abolished in 2012.

Equally, the ending of ‘no fault’ evictions and the introduction of indefinite tenancy agreements for tenants is already law in Scotland without the sky crashing down or the world ending.

Is it time to allow tenants to keep pets? ...

This is a time of year when many people consider buying...

Technology and service are the future of the property market ...

The last five years have seen unprecedented changes to the property...

Better communication will be key for agents now and in the future ...

There is little doubt that the last year was one which...

Deposit disputes can be time-consuming and difficult for all parties involved...