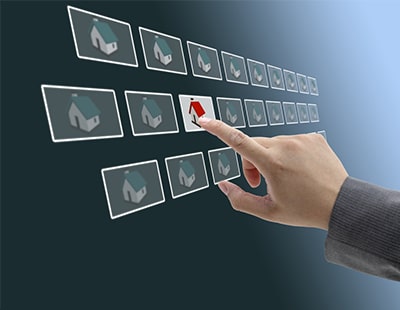 If you want an engaging page-turner novel for cold winter evenings, my recommendation is Our House by Louise Candlish, a bestseller in recent months.

It’s a story of property fraud and much else - you’ll find no spoilers here, as the book is a treat and I genuinely recommend you read it yourself. But its opening pages made me consider, of all things, how very hard it is to establish a property portal in this country.

Our House carries several references to Rightmove: neighbours check on prices of homes on sale, parents scour it to see if a home in a good catchment area has been sold yet.

The story is set in a family-friendly upwardly-mobile neighbourhood so the size, condition and appreciation of a home are significant barometers of status and Rightmove, it seems, is seen as the source of all this knowledge, a website of near biblical importance.

Although the story was published only last year there’s no mention of Zoopla nor of OnTheMarket: the consumer-facing property world, in this fictional story revolving around a house which may or may not have been sold legally, is essentially defined as Rightmove.

How much does this novel represent the country at large, I wonder?

Zoopla is certainly very well known to many and perhaps OTM will be one day too; but let’s admit it - very few members of the general public would have heard of, for example, Property Mutual, Propertyheads or TheHouseShop, current sites considered as portals.

The past few years have been littered with abortive attempts to set up portals, a sign of how tough it is to take on the established players.

In 2015 Houser was to be the next big portal thing - but it scraped properties from agents’ and other website, causing controversy and it was eventually abandoned.

Then there was The Home Board, another early 2015 portal initially covering London but now long disappeared into the ether.

In the same year a portal to be called YellowFish was mooted, with a pledge that it would have between 2,000 and 3,000 sales and lettings offices signed up by its launch date the following spring. Nothing has been heard of it since.

In late 2016 and early 2017, the ill-fated CIELA group - the Charter for Independent Estate and Letting Agents - considered a portal to highlight independent agents’ inventories in particular, but the idea was put on the back burner and the group itself failed to launch.

Housemap appeared with a database described as 500,000 properties in late 2017 but, with many of those listings ‘scraped’ from other sites without necessarily securing approval, it disappeared early the following year.

In early 2018 MyBackyard promised to be a portal open to private sellers and landlords as well as established agents: its holding page still says ‘Coming to you in October 2018’.

In August last year review website AllAgents said it was going to launch a portal but, to date, nothing has been heard.

All of these have been and gone, or perhaps didn’t arrive at all: they did not necessarily fail because of a lack of marketing budget (many did not reach that stage) but the common denominator is that all attempted to establish some form of national portal for mainstream properties, and failed.

Against that landscape of so many failures, OnTheMarket’s success has been considerable although it still appears to lack the scale of marketing spend required to raise awareness to the level of Zoopla and in particular Rightmove.

Portal start-ups with more limited goals, focusing on just one sector of a wider market or operating on a smaller geographic scale, have succeeded: UltraPrimus, WeListThemAll, REalyse, Ex-council and others appear to be alive and well, and in some cases thriving.

But will anyone actually disrupt Rightmove and Zoopla and, coming up on the rails, OnTheMarket? If so, they will need a scale of marketing that will be hard to win from scratch in the current economic and political climate in Britain.

Or can something else - like the long-awaited Rummage4 portal - try another more localised route to rival the big boys? Maybe, but recent history suggests it will be a tough road to travel: at the moment, Rightmove still looks like the number one bestseller - possibly forever.

What does the future hold for buyers' online property searches? ...