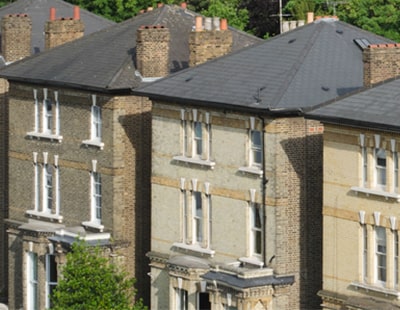 A review of the housing market at present, particularly when it comes to purchase transactions, might not necessarily feel overly positive.

The latest data from HMRC for December last year, and 2018 as a whole, shows a picture which many of us will feel familiar with – particularly if you’re an estate agent reliant on purchases.

The number of residential property transactions fell from November to December, which you’d be right to think might be expected, given the shorter month due to the holiday period. However, it does tend to punch above its weight with a busy first few weeks as people want to get into new homes before Christmas. Indeed, on a positive note, December 2018 transactions were 3.6% higher than December 2017.

However, taking the year as a whole, it is a less glowing report with 1.19 million properties sold during 2018, compared to 1.22 million in the previous 12 months.

That’s a pretty sizeable difference and I’m aware that this trend has been circulating around the market for some time, particularly as we’ve seen a fall-off in investor purchase activity, although first-time buyer numbers have risen.

The question is, what can be done to improve those numbers? Because – and this is a topic that the Conveyancing Association (CA) has focused on in the past – we really need to help develop a market where, a) people are able to move when they want to, rather than just when they have to, b) investors are perhaps not priced out of the market by extra stamp duty charges and hits on their profit-making abilities.

On top of this, we need to get the right balance between supporting first-time buyers onto the marketplace, but not at the expense of second-steppers or buy-to-let landlords or anyone else who wants to move up (or down) the ladder who might well feel the market is skewed against them at present.

Now, you might wonder why a conveyancing trade body is pushing such a message but my feeling is that the housing market is so inter-connected that a grown-up, all-encompassing approach is the only one that can work.

Plus, of course, the CA’s members also suffer when there is a purchase downturn, albeit one that is set against what is still a very strong remortgage market, which appears to have been the foundation on which many businesses have been built in recent years.

In that sense, it has been interesting to see the renewed focus on ‘mortgage prisoners’ – those existing borrowers who have been unable to remortgage to better deals because they do not meet the more stringent affordability measures put in place by lenders. This despite the fact that they have never missed a payment, are not looking to borrow any more money, would actually save money by remortgaging and appear to be a good credit risk for lenders.

It’s positive to see the FCA moving on this one, with a consultation planned on the measures that the regulator can take to encourage lenders to accept such borrowers.

Quite frankly, this has been a long time coming, and you could be left with some very aggrieved borrowers who could have saved themselves many thousands of pounds if they’d been allowed to remortgage far earlier in the piece.

It is complicated by the fact that many thousands of borrowers currently have loans with lenders who simply do not exist anymore, but there should certainly be a solution possible for this, and one would hope this taps into an increase in transactions for advisers, lenders, and conveyancers.

Of course, agents do not have the luxury of tapping into this remortgage/mortgage prisoner market, and given the drop in transactions it’s fully possible to see why the agency sector might be feeling rather downbeat at present.

Add in the uncertainty created by Brexit, the ‘wait and see’ attitude of many people who might ordinarily be looking to buy/sell, and it’s possible to see a market which is surviving via those ‘have to moves’ and very little else.

In that sense, and ordinarily, we might be looking for the government to do far more to deliver greater numbers of transactions.

I’m always slightly confused by measures which actively dampen transactions – it is after all called ‘home moving’ for a reason. If people don’t feel they can move, or feel the market doesn’t allow them to move, then we are all in something of a tricky situation.

I understand that there is a pre-occupation elsewhere but my hope is that, once we get greater clarity on EU issues, the government is able to set out a series of measures that support the housing market.

The timing on this however is up in the air – perhaps by the next Budget it may be in a position to do much more for the entire sector?

*Paul Smee is Non-Executive Chair at the Conveyancing Association (CA)

Improving the homebuying process – how can we deliver this ourselves? ...

You will notice that there is a new author for this...