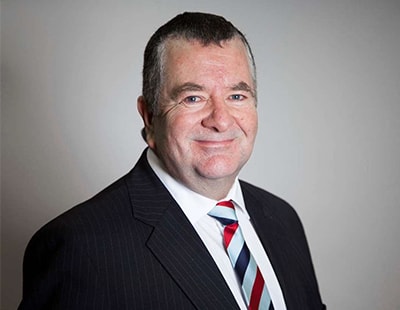 The rise and fall - and perhaps rise again - of Countrywide has been of enduring interest to the agency industry in recent years.

The departure of Alison Platt as chief executive over three months ago was greeted with a sigh of relief by friend and foe alike.

Now the day to day senior management is effectively in the hands of three people - Executive Chairman Peter Long, Chief Financial Officer Himanshu Raja, and Group Operations Director Paul Creffield - ahead of the production of a new long-term strategy for the group at the end of July.

A few days ago I caught up with Paul Creffield to get an exclusive insight into his work, Countrywide’s changes since looking over the precipice, and some hints at future strategy.

Creffield has over 35 years’ industry experience - he’s worked with the Nationwide building society and with Rightmove before joining Countrywide (for the second time) in 2006. I began by asking him how and why he chose to stay with the group in the turbulent recent years, when so many others with substantial experience had chosen to leave...

People and B2B: “Well I used to run London and the high end brands but Alison Platt asked me to run others parts, chiefly B2B, so I did. I chose to stay because there were a lot of people in the B2B part of the company that I wanted to develop.

“I’m particularly proud of Dynamo [Countrywide’s new online mortgage brokerage, launched in April but which took two years to reach fruition]. It’s a joint venture with Blenheim Chalcot [run by a former Google MD] and I’m a big supporter of JVs. It’s possible there will be more.”

Back in 2016 Countrywide floated the idea, through Deloitte, of selling its commercial arm Lambert Smith Hampton. LSH is one of Britain's oldest and most respected commercial property names, founded in 1773 but only a part of Countrywide since 2013. No buyer was found and now Creffield says any sale is completely off the table.

“That’s absolutely off the agenda, now and for the long-term. LSH is significant in its own right, a respected brand and a successful one, so we’re not selling it” says Creffield.

“It’s going well. The key to our future success is sales. We lost market share and pipeline and we’re getting the right people in place to fix that. But it won’t be quick, and things may get worse before they get better.

“Some branches fell down to one or two people so of course we lost share and pipeline. It’s going to take two or three years but we’re getting there.

“Firstly there’s staff. We’re now about 60 to 100 people away from where we want to be in terms of getting branch staff up to what we need. Many of them are returnees who used to work for us before.

“Secondly we need to win instructions. We’ve already gained a little market share but that’s only the start of the journey; we won’t be receiving income on any increased market share for quite some time, so we need to use that time to build a pipeline” he says.

Creffield says consumer focus is an essential part of the Back To Basics programme, which is why Countrywide is involved - with other major agency chains, some small agencies as well as search and conveyancing bodies - in a hush-hush project in south Wales, to see if there are ways of minimising fall-throughs and delays in chains.

“The idea is to get more thorough information on how chains operate. There’s a general belief that they’re getting longer and more difficult, with the consumer paying the price with fall-throughs and delays. The key is to identify the weakest link” he says.

“After we fix sales we’ll concentrate more on lettings, although that’s always been a stronger aspect of Countrywide.

“When lettings was put together in management terms with sales [under Alison Platt] I was concerned that lettings would lose focus. I see my job, eventually, as being to give lettings more visibility.

“On the fees ban, which is obviously as worry in terms of lost revenue - well, I’m neutral. But as a company we can’t simply transfer fees to landlords as they’ve already been hit by the raft of tax and regulation changes aimed at the sector. Therefore we’ve got to consider new services that will genuinely help landlords and tenants and create income” he says.

Creffield believes tenants’ insurance and payment protection schemes are two possible options; additionally, he believes the increasingly popular adoption of no deposit insurance schemes will help landlords as well as renters because it makes it easier to increase churn amongst tenants.

Online: Much of the need for the Back To Basics programme was to ‘right the wrongs’ of how Countrywide’s multi-channel online proposition was put forward. This initiative ran hand-in-hand with a substantial branch closure programme, reducing the ability of the company to compete as a traditional High Street agency.

“I was against cutting the branch network to favour online. That was never really going to work. How could an agent visit a client to give them a market assessment and then give them two different options? There was a conflict of interest” he says.

But Creffield says that one day - in the long term, not soon - the company may again look at online. “But my philosophy is to do what Savills and LSL have both done - help develop an online agency on the side” he says, referring to those agencies’ investment in Yopa. The scale of Savills‘ investment is unknown, while LSL is reported to have invested £20m.

Financing: After a series of profit warnings in the later part of Platt’s tenure, and repeated cautious comments in recent months about how long it may take to turn around Countrywide’s fortunes, it’s unsurprising that Creffield is trying to temper expectations.

“All of the cash we have has a number of clear short-term priorities. First that’s to reduce leverage, and secondly that’s to spend on IT to support ‘core basics’ - what’s happening in the branches, allowing them to operate in the most efficient way.

Senior management: Countrywide is in no rush to appoint a new chief executive, with Long, Raja and Creffield himself currently taking the big decisions now.

“Peter’s taking a lot more control, and my role is some 80 to 90 per cent what a chief executive does. We’re not in the market for a chief executive. At some stage yes, but not in the near future. Between the three of us we’ve got what it takes for the moment” Creffield says, adding that to advertise for a CEO now would be a distraction.

The future: Creffield is undoubtedly still driven in his enthusiasm for Countrywide, despite being at the organisation for over a decade and having seen its once-dominant role in the estate and letting agency landscape diminish in recent years.

“I was recruited by Grenville Turner [at Countrywide for some 10 years until 2016, as chairman and chief executive] and it was natural for me to join him. Countrywide gets in your blood - there’s a lot of loyalty left in the organisation and its tradition has helped it get through recent years.”

Creffield for chief executive one day? Who knows. He did not raise the point, and is adamant that the CEO position is simply not going to be advertised or filled any time soon - but I wouldn’t bet against it.

“I’ve put my heart and soul into Countrywide” he says. And after that interview, I firmly believe him.