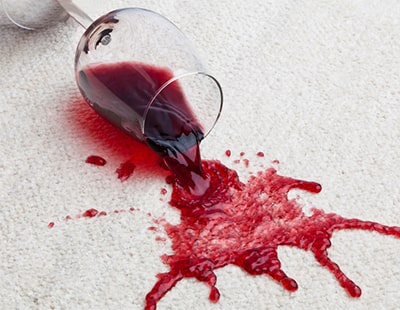 In our adjudication case study series, The DPS’ head of adjudication, Alexandra Coghlan-Forbes, shares examples of recent, real-life case studies with us.

Over the coming months, she’ll talk us through the guidelines that affect the way her team reaches decisions to help agents and landlords understand the process.

A landlord claimed £168 from a tenant’s deposit to replace a bedroom carpet. The tenant admitted causing two marks but said the sum the landlord was claiming was too high.

Before the case went to adjudication, the tenant agreed that the landlord should be paid £50 from the deposit.

In their testimony, the tenant claimed the property was filthy, with dirty clothing left by the previous tenant. The tenant had a dog at the property, with the permission of the landlord, and said they had cleaned the property thoroughly at the end of the tenancy.

The landlord said that red wine had been spilt on the bedroom carpet and said other carpets in the property were covered in dog hairs.

The landlord obtained a quote for the carpet cleaning of £90 per room, however, they said none of the companies would guarantee that they could get the stains out. The landlord said they had no alternative other than to replace the carpet in the bedroom at a cost of £168 and submitted check-out photographs showing two dark brown marks on the carpet, which looked quite faded and worn, as well as an email from the cleaning contractor saying the red wine stains could not be removed.

The adjudicators, who considered clauses 2.66* and 2.25** of the tenancy agreement, found in favour of the tenant.

One of the main reasons was because the landlord was not claiming for the cost of cleaning the carpet. Indeed, the contractor’s evidence showed that the cleaning would not remove the stain, thus making void such a claim.

There was no check-in evidence detailing how old the carpet was at the start of the tenancy and the check-out photo showed a carpet which looked pretty tired, faded and worn.

As the carpet was old to start with, the landlord’s claim for the full cost of a brand-new carpet was unreasonable.

The tenant had accepted that they should pay £50 (which was approximately 30% of the replacement cost, and a reasonable calculation.)

Even where the tenant accepts clear damage has been caused, it doesn’t always mean that the landlord’s claim will succeed.

As the evidence indicated that the carpet would probably have only lasted another one or two years, this was considered to be a reasonable contribution.

*Clause 2.66 – “To clean to (or pay for the cleaning to) a good standard, the premises, its fixtures and fittings, including the cleaning of any carpets …. Which have become soiled, stained or marked during the tenancy. To provide, upon request, receipts to the Landlord or his Agent to demonstrate compliance with this clause”

**Clause 2.25 – “Where the tenant keeps a pet, with the landlord’s written permission, the tenant will be required to produce satisfactory evidence (in the forms of receipts) that the premises have received a professional deep steam clean, including all carpets and soft furnishings)