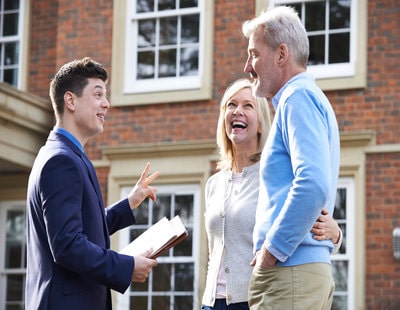 It is a sobering thought that 40 years have slipped by since I first ran a tape measure across the inside of a house and popped my head under the floorboards.

1978. What a year. The Smurfs appeared on TV for the first time, Christopher Reeves flew as Superman and Rod Stewart asked: ‘Do Ya Think I’m Sexy?’

None of that, I have to say, impinged greatly on my consciousness as I stood in the offices of DM Hall for the first time with a senior figure asking me what on earth I was doing there. I should (oops) have been in college. Pity no one had told me – communication!

However, for £50 a month – riches beyond the dreams of avarice in those days – I was perfectly happy to endure a dressing down and I soon got my feet under the desk where they have remained (apart from an occasional survey) for four decades now.

It has been my privilege to share a remarkable period of change with what I regard as one of the best professional services firms in Scotland. After significant growth in the first 20 years, we endured a number of recessions – 2007 was the worst – and growth is now less dramatic, but steadier and sustainable.

It is interesting to look at some of the differences between then and now. Work/life balance stands out. In my early career, there was an intensity and a passion for the profession and an understanding that if you worked hard and well a partnership was within your grasp.

I started early and worked late. I wanted to make myself as indispensable as possible. But it came at a cost. After one 14-day spell without seeing my children, I heard my daughter saying dispassionately to her mother one night: ‘Daddy’s back.’

This sacrifice of personal life to career is not, I feel, reflected in the people who are coming through the profession today and, with the wisdom of the years, I have to say that this is a very good thing. DM Hall employs individuals, not numbers.

What else has changed? Well, technology, out of all recognition – though the firm was always in the forefront of technological advance.

We were the first to equip our surveyors with two-way radios. Unfortunately, in Lanarkshire we shared a waveband with a taxi firm and in Glasgow we were on the same band as a scrap merchant. It was endlessly entertaining listening to their lorry drivers being roasted by the office for a staggering variety of misdemeanours. Whatever happened to their driver Swifty?

We graduated to mobile phones, which were like bricks, to make ourselves more accessible to the client base. Now, of course, we are totally interconnected and available to offer advice in real time 24 hours a day.

What will come next? Well, I have a notion for jet packs for surveyors, a la James Bond, so that they can swoop down to a property to be valued and whizz back to the office typing a report on the way. The skies won’t be safe.

Seriously, though, over the decades my personal high points have centred on my family and the career progression I have made with the firm. Partnership comes with recognition of worth, but it also needs luck, opportunity and timing.

I am proud of bringing our charity partners aboard and seeing so many people within the firm devote time, effort and money to something outside their own lives. I have jumped out of a plane, kilt walked and bungee jumped for charity. (They told me it was team-building!).

We have become more informal, shedding the suits and enjoying dress down days. Our modernisation and rebranding have taken us firmly into the 21st century.

But some things don’t change. A house remains a house and a flat remains a flat and it takes the expert eye of a trained surveyor to see the devil in the detail.

Our ethics also remain the same and the high standard of our professional practice will always be fundamental. Deo volente, that will never change.

Property Natter - ‘I work for myself, not by myself’ – a self-employed agent’s tale ...

In this week's Natter, I focus on the inspiring story of Clare...