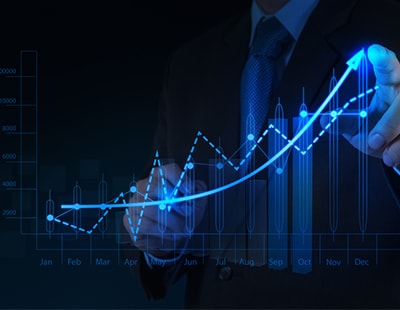 Parliament is sitting again and the entire lettings industry is waiting with bated breath for more detail on the government’s proposal to abolish tenant fees.

Agents that don’t act now will have already lost a competitive edge to those that are implementing the transformation necessary for long-term competitiveness.

Even so, asking agents to forego tenant fees before a bill is even drafted as Hackney Council did last month is optimistic, perhaps naive. Despite the obvious PR benefits and potential commercial uptick of opting in, tenant fees are simply too vital a revenue stream for the majority of letting agents.

Few businesses in any sector could risk walking away from around a fifth of their income for as yet unrealised benefits. Agents that do so are making a decision to do the same work for less money, without a coherent survival plan.

How are lettings agents responding?

Despite the majority being unable to opt-in early, agents aren’t burying their heads in the sand. Many are proactively preparing for change.

Currently, the majority of agents fall into four key groups:

• Sitting pretty: The existing 'no fee' agents. They’re ready for the ban and stand to benefit from it. In the meantime, they will have to make do with a PR boost and modest increase in their customer base.

• Actively transforming: The most forward-thinking, innovative agencies are actively pursuing strategies to transform their business models, through the adoption of PropTech and other key operational efficiencies. This sits at the heart of the 'hybrid' online and high street offerings from many agencies, and their investment in partnerships with online agencies.

• Peeking through their fingers: Some agents are taking a 'wait and see' approach, hoping that the ban slips quietly off the Brexit-focused political agenda. However, these agents will soon be forced to focus on the impending change and join the active transformers.

• Winding down: It was good while it lasted, but as many as one-in-five agents are facing the reality of becoming unprofitable.

What steps can you take?

Fundamentally, lettings agents need to drive significant efficiencies or maximise other revenue streams. They must generate value from long-term relationships with landlords, tenants and suppliers, rather than front-load charges on tenants when arranging lets.

• Invest in PropTech. Significant efficiencies are possible through greater integration of PropTech solutions. This is a key plank of long-term competitiveness, but the investment required for digital transformation can be offputting for agents that don’t yet realise they are on a burning platform.

• Form commercial partnerships. Integration of cross-selling can replace lost income. This could include providing tenants with a useful move-in service or partnering with utilities or telecoms providers, or buildings and contents insurers.

• Tax landlords. Tenant fees might be off limits, but no one mentioned landlord fees. Agents will look at increasing the costs they put on landlords. The caveat here is that the market is very competitive and those charging significant fees are less likely to win landlords’ business.

• Create new fees. It’s difficult to legislate against fees that don’t yet exist. Some agencies will introduce new ones such as late rental fees, which are still allowed.

• Raise rents. The demand for rental properties is high. As agents and landlords feel the pressure, they could put up rents to cover costs - particularly if agents increase landlord fees.

The House of Commons held a debate on the proposal earlier this week, and the housing minister Alok Sharma said that the official response to the consultation will be published ‘very shortly’.

It is yet to be seen whether lettings will slump before the ban comes into force. Tenants may be reluctant to renew tenancies or make a move if they can save money simply by waiting until after the deadline.

When the dust settles there will be casualties. It may not be one-in-five, but it’s inevitable that some agents will go bust. This is an incentive for those working to become more efficient and diversified; the stock of agents who have left the market will be up for grabs.

*Vik Tara is co-founder of PropCo, a PropTech platform which helps agents to digitally transform their operations

How to create new revenue streams for your letting agency ...

Our recent roundtable on the government’s proposed ban on tenant fees...

If you provide a service, you expect to be paid for...

Is innovation the key to thriving in the property sector? ...

It’s a testing time for the property industry, amid Brexit fears,...