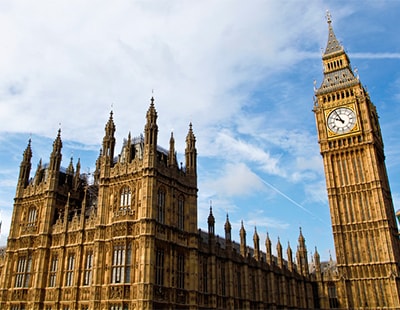 That was the conclusion of a panel debate that Andrews held, not recently, but two years ago just before the 2015 election, yet somehow it feels more relevant and more important than ever today.

When Theresa May called a snap general election, it was a move intended to increase the Conservative majority and create stability ahead of the Brexit negotiations.

At that time, I stressed that the shock and relative uncertainty that this announcement brought with it should not allow the property market to be derailed. Indeed, I maintain that position in many respects – not least of all because demand remains high.

However, today we find ourselves in a political environment where there isn’t any greater level of certainty or clarity. We don’t know if there’ll be a leadership contest within the Conservative party, or if we’ll be faced with another election before the year is out and whilst, as an industry, we must work to instil reassurance and demonstrate that the property market can continue with ‘business as usual’, I do believe that we’re faced with a vital decision to make.

Simply, we need to question whether housing policy should be allowed to remain in political hands when that offers very little in terms of longevity, consistency or, as it would appear, progress. Let’s face it, responsibility for monetary policy sits with the Bank of England to ensure its independence from political bias, so why shouldn’t housing and property too?

Allowing housing policy to be managed by an independent body would provide a platform for longer term vision and planning over ten or 15 years that could facilitate much greater progress. Policy is currently constrained by the five-year parliamentary system and as we’ve seen in recent years, even this duration is something of a pipedream with change occurring much more frequently.

Don’t get me wrong, I admire the importance that the main political parties place on housing issues when they’re seeking our support and those all-important votes. Commitments to build significant numbers of new homes; to relax planning and free up land for development; and on-going support for schemes that will support first time buyers on to the property ladder should all be commended.

Personally, I’d like to see these added to with a commitment to urgently review the punitive system of Stamp Duty which could do wonders to inject some momentum in to the market.

But, realistically, with the day to day running of the county, Brexit negotiations and ever-increasingly complex national security issues, will the government (whatever party is leading it) seriously get around to implementing these much-needed policies?

I’m starting to doubt it, and whilst the current political situation could well lead to greater levels of cross party debate on housing which we should welcome, I truly believe that now, more than ever before, we need to be seeking an alternative.

We need to take property away from politics.

The voters have spoken – with confidence ...

A little over four weeks ago I was here musing what...