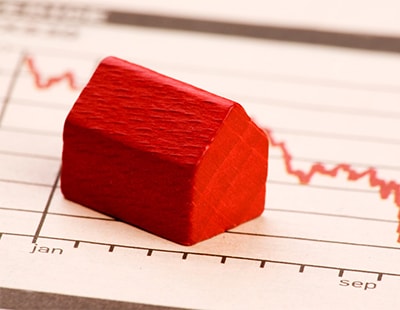 News headlines talk more and more about a slowdown in the property market, a drop in house prices and the need for sellers to reduce their asking prices in order to secure a sale.

Does this, however, truly reflect the wider situation and if it does, is it something that as an industry we should be concerned by?

First thing’s first, the media needs to catch the reader’s attention.  An honest, slightly dry, headline won’t achieve that, but words and phrases such as ‘dramatic slowdown’, ‘first quarterly fall’ and ‘flat summer in the housing market’ all will.

In my view, the reality is in fact far less dramatic. While there are some adjustments being made, the percentages aren’t big enough to say the market has cooled off and there remain plenty of people still prepared to pay the full asking price if the property is right for them.

Percentage shifts of anything between 0.5% and 1.5%, even up to 2%, should really be viewed as natural, and relatively minor, adjustments and this does not constitute a crash or anything near to it.

That said, there are factors at play which are having an impact on the property market at the moment.

We’re just weeks away from another General Election and while it seems likely there’ll be a Tory win, quite possibly with an increased majority, until we wake up on June 9 we simply cannot be certain.

Assuming the polls are correct this time, a stable government with a strong majority will help create certainty for both the wider economy and the housing market.

But let’s not forget that supply continues to be an issue across the board. Simply there isn’t enough stock coming on to the market to meet demand and create genuine movement. Once any feelings of uncertainty have passed, we should seek to further encourage potential sellers to place their properties on the market and plug this gap.

Of course, there are reports that suggest that retail growth has slowed (although it very much depends on which report you read, on which day) and while this could be exacerbating any slowdown in the property market, we shouldn’t forget that it’ll serve to keep interest rates low and that’s certainly good news in terms of mortgage affordability.

And then there’s my biggest bug bear: stamp duty. This continues to act as a barrier to many buyers and I’ve spoken about this many times before. With no pledges to change the status quo emerging from election manifestos, I fear that this is a situation the market and those seeking to interact with it will simply need to get used to.

So, let’s commit to not be swayed by sensationalist headlines and instead ensure that we’re continuing to employ honesty and clarity when advising clients and valuing their properties. There’s a time and a place for drastic action, for responding to property market crashes, and that time most certainly isn’t now.

The voters have spoken – with confidence ...

A little over four weeks ago I was here musing what...