Since the seventies, housing starts and completions across England and Wales have been on a downward trajectory. The long run average over the last 50 years has been around 180,000 per annum, with the highest numbers being achieved at the start of this period and the lowest in the immediate aftermath of the global financial crisis of 2007/08.

Over the last few years government initiatives, including the Starter Homes Fund, Housing Zones and Get Britain Building to name a few, have been launched to help stimulate the house building industry. This plus a recovery in the housing market has resulted in a pick-up of supply taking both starts and completions in line with each other at about 150,000 in 2015/16. 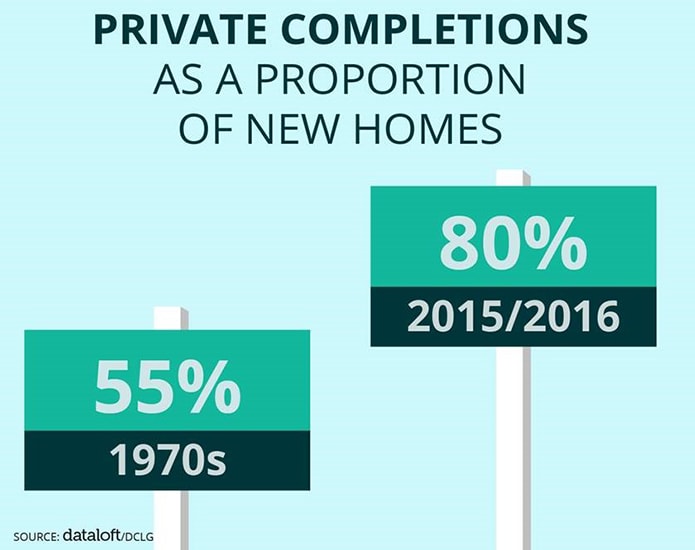 This reflects a trend initiated by the government during the post-war period to increase home ownership, including ‘Right to Buy’ in the 1980s. The expansion in the availability of credit during the late 1990s and early 2000s due to mortgage securitisation and increased competition between mortgage lenders allowed more households to move into the owner-occupier market. Over the last six years, the percentage of completions that are private has averaged 78%.

New build homes accounted for 10.1% of all property sales across England and Wales (E&W) in 2016, totalling some 101,156, according to Land Registry data which provides a more-timely update of the private new build market.

Ten of the 348 local authority districts (LADs) across E&W accounted for 12,715 (13%) of the new build sales in 2016. Top of the list was Tower Hamlets with 2,182 units which made up 43% of the sales market in that area. Wandsworth (largely as a result of Nine Elms), Barnet and Greenwich were three other London Boroughs featuring in the top ten local authorities. Salford in Manchester ranked in fourth place followed by Wakefield in fifth. 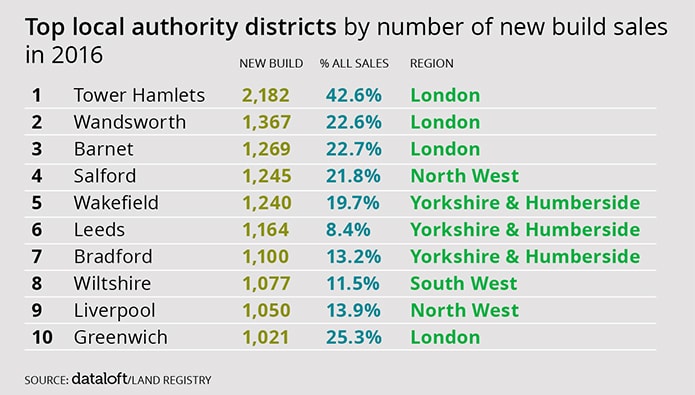 There is a slightly different hierarchy if you look at the top ten local authorities ranked by the highest proportions of sales which are new build. Tower Hamlets still tops the table and the three London boroughs of Wandsworth, Greenwich and Barnet remain along with Brent. All the other LADs are replaced with other ones which are located across the South East and East, such as Cambridge and Dartford. 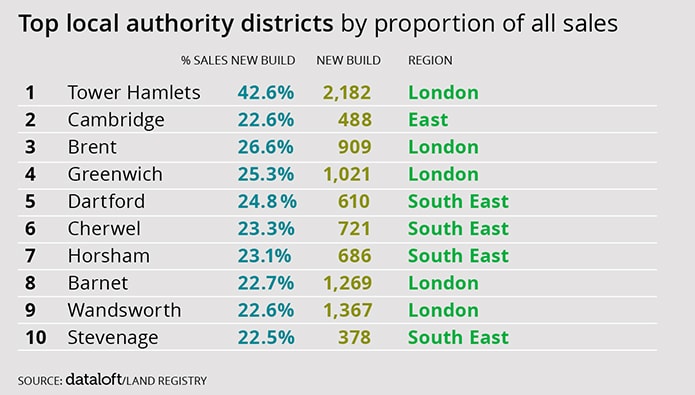 **This article was compiled by Dataloft Senior Analyst Carrie Scrivener-Leask

Scrap the bureaucracy and let’s have simple rental regulation ...

That the private rental sector has become the government’s whipping boy...