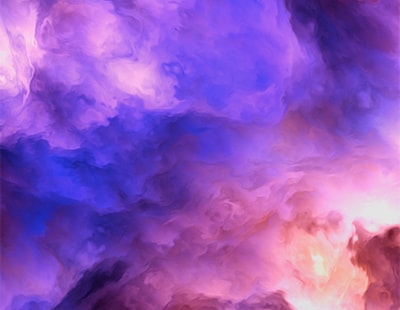 Purplebricks’ advertising is very negative and critical of the competition. They talk about 'commisery', trying to make potential sellers feel ripped off by conventional agents who charge commission.

They claim to provide a better, more effective service for a fixed fee, no refunds offered for non-performance but a claimed 90% success rate - not a bad gamble on the face of it.

Many agents are so horrified by Purplebricks’ claim that they sell 90% of the properties they list that they can't address the issue calmly. Instead, perhaps naturally, they resort to insults and unsubstantiated allegations of exaggeration and downright misinformation.

Now while Purplebricks may well be exaggerating their performance a bit, and if they are, they won't be the first ones, can anyone hear the name Foxtons echoing in the breeze? It is also perfectly conceivable that they may be selling a larger proportion of their stock than the vast majority of high street agents.

I know this sounds like a sacrilegious concept but only if your eyes are tight shut and you are closed to the logic of the situation. Most estate agents believe they do a great job, they have high street offices, highly trained staff, local area knowledge and a great relationship with the community. So, it’s little wonder they baulk at the idea of an online upstart selling a larger proportion of their instructions by simply advertising on Rightmove and Zoopla.

However, if you dig a bit deeper into market dynamics you will understand how this is not only possible but dare I say inevitable at this stage in their development, especially given current market conditions. To explain why and to highlight that this does not mean they are more effective than a traditional high street agent requires a basic understanding of statistics, game theory, actuarial science and of course alchemy.

This phenomenon is called 'taking a chance against the company'. So, if for example you sell sickness and accident cover, you are going to be suspicious of someone who approaches you wanting to buy because the chances are they are already sick.

As we know, Purplebricks only has a small percentage of the market and most of their customers have come from high profile advertising. You can be sure that these sellers are 'taking a chance against estate agents' in that they are already more likely to sell than most other sellers because they are motivated and they have properties they think (know) will sell easily.

This group of people is self-limiting and will never represent the main market, as Purplebricks grows, for the moment anyway, their sales percentage will inevitably drop as they attract in sellers with less realistic expectations and less attractive properties.

Of course with a fixed fee paid upfront, Purplebricks has no incentive to spend money on advertising to the vast market that exists beyond the portals, or in adopting new strategies for properties that don't sell.

Even if they do wake up and smell their own BS all that will happen is they will morph into conventional agents, just wait and see…

I have one more observation which if you are a high street agent you may wish to make in the home with potential sellers who are thinking about Purplebricks as an option. Show them the last 10 Purplebricks sales, assuming they have that many, and in particular focus on the achieved sales price. I bet you will find that on a like-for-like basis the prices achieved are significantly lower than similar properties sold through local high street agents.

I know an agent who was talking to a vendor who, in his view, nearly cost herself £40,000 by using Purplebricks - a lot more than any fee saved! Perhaps we as an industry should do a meta-analysis of all Purplebricks sales and see what it reveals? I have a feeling the misery will be in the sale price and not the commission.

The conclusion you can draw from this analysis is that high street agents have nothing much to fear from online agents offering to sell with no commission.

Yes, their proposition will appeal to some people and for the right people it will even appear to work.

But, as the proposition gets more popular it's downfall is assured and even those who do sell using this method, do so at their great cost and that's the purple smoke and mirrors exposed for what it really is.

The past two years have been a whirlwind of change, challenges...

Why working from home isn’t always all it’s cracked up to be ...

Let me start by wishing everyone well in these uncertain and...