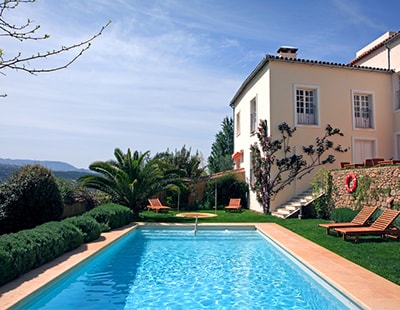 This actually happened - the names of the guilty have been withheld to protect the innocent.

I live in Spain, Marbella actually, for most of the winter and a good part of the spring. I consider myself very lucky to be able to live life in a pleasant climate while doing my job using the technology which is revolutionising our lives.

Of course, I wouldn't be able to do this if I were a valuer. At least not yet, but it's surprising how much can be achieved without physical human contact.

Having said this, living where I do doesn't isolate me completely from the day-to-day job. As luck would have it, or more likely birds of a feather has intervened, I have made friends with an estate agent down here.

As a result, I have become involved in the local market acting as an unpaid mentor, manager, details writer and analyst. I'm not especially charitable by nature, so I do have an ulterior motive, which is to understand and evaluate the local market. There are always valuable lessons to be learned and you never know, it may be our next step on the ladder towards global domination!

At first sight the Marbella property market couldn't be more different from the UK. Firstly, there are no dominant portals, multi-listing is commonplace and the average commission rate is 5%. The lack of a dominant property portal and the practice of multi-listing has led to an opaque market, one in which the consumer hasn't got a clue what’s going on. This is made much worse by the lack of a land registry and an almost total lack of hard information about sales volumes or prices.

You would think that with average commissions running at over €20,000, agents in Marbella would all be minted, but the reverse is true. Most live hand to mouth, averaging a paltry three or four sales per year, and they usually have to split the commission, sometimes more than once. So, for those of you who yearn for higher commissions and the demise of Rightmove, be careful what you wish for!

My story, though, is not concerned with the average agent. Oh no, that would be unfair to the 1,000+ individuals who make up the rump of the market. My story concerns the very top end of the market, that niche occupied by fantasy villas with price tags in excess of €10 million where 3D animations, lavish open houses and beautifully presented brochures have come to be regarded as de rigueur. And they should be, given the juicy commission prize on offer - over €500,000 from a single sale is certainly nothing to be sniffed at.

Of course, I don't live in such a profligate manner. No showy mansion for me, no siree. I'm very happy to live in a more modest apartment with a nice view in one of the most up market districts. As we know, it's all about location, location, location. However, the other day, my friend who owns a local luxury villa sales business sent me the details of a villa not far from me. Apparently it was exclusive to the marketing agent, which is unusual round here. And, as it was Price on Application (POA), he had no idea how much it was. He was curious, though, because he was marketing something similar nearby.

Unasked and as a favour, I decided to make an enquiry. Anyway, you never know where a little twist of serendipity may lead you. I have visions of a future pool party, is that the sound of a distant (police) helicopter I can hear?

Having seen the wonderful CGIs, and not in the slightest bit put off by the tepid, cliched description, I called the agent with a genuine feeling of excitement and expectation. My ardour was immediately cooled when I was greeted by a distinctly low rent answer phone - no fancy call attendant for this agent. After the beeps, I duly left my details and this is what happened next when I returned an anonymous missed call the next day:

'Oh hello, my name is Simon Shinerock. I got a missed call'

'Who do you want to speak to?’

'I'm not sure, I don't recognise your number'

'What's it in connection with?’

'Hang on a minute, I'll ask. ‘Did anyone call...what did you say your name was?'

'How do you spell that?’

'Shinerock. But before you do anything else, let me ask a question…'

'Oh, sorry, this is Anon Estates - we are estate agents in Marbella'

'Ok, good, because I enquired about a villa with you, so I guess that's why someone called?'

'The villa was called 'Hearts Desire''

'Oh yes, that's ours. We are marketing it exclusively. I can help, what would you like to know?'

'Well, I've seen the brochure. What else can you tell me?’

'I've seen the brochure. What else can you tell me?'

'Oh, so you know it then? Would you like to arrange a viewing?’

'Perhaps can you tell me the price?’

'Ok, I'll speak to my wife and get back to you'

'Perfect. Let us know when you want to view'

It's good to know this is what we are up against!

A new thought-provoking five-part video series is launching to the industry...