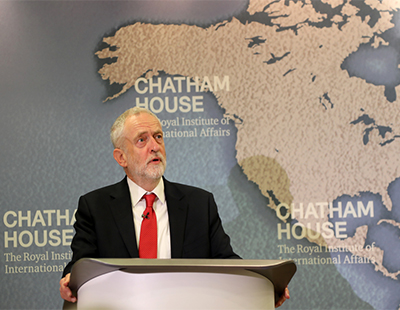 It’s something of an understatement to say it’s been a busy fortnight for the industry in terms of announcements, consultations and promises of new regulation.

We’ve had high-profile statements from government on house buying reform, on the increased regulation of property management, plus the draft Tenants’ Fees Bill outlining the ban on letting agents’ fees, and finally a new consultation on mandatory client money protection. The latter even included a surprise element suggesting letting agents may have to undergo mandatory training.

The outstanding consultations close in December and the normal route for measures of this kind is that they would get through Parliament and on to the statute book by next autumn at the latest.

On paper it all looks a slam dunk: although Labour wants to go further and faster on several of these measures, and will probably grandstand its opposition to some elements, it won’t want to be seen to be voting against, say, a ban on letting agents’ fees. These measures should all get through the Commons and Lords easily.

Yet it is not impossible that some or all of these measures may yet be lost thanks to the increasingly chaotic parliamentary landscape. Look at what might just be coming up that could yet upturn the proverbial apple cart.

If there was another election next year - created not by the Conservatives cutting and running, but perhaps because the party’s majority evaporates in by-elections or because of further resignations thanks to various scandals - then the whole process of passing non-urgent legislation could be delayed by several months at least. And that’s even if the Conservatives got back into power.

2. A Labour victory: It’s not impossible. William Hill has the odds at 11/10 that Labour would form an overall majority if there was an election now. The Conservatives doing the same thing are 12/5.

It’s not that Labour wouldn’t want similar or even more red-blooded measures to intervene in the housing market, of course - Jeremy Corbyn wants stronger controls over the private rental sector in particular. But if that party did get into government it would have to start the policy processes all over again - and that would mean more proposals on all of its new housing policies, yet more consultations and substantial delays before any legislation came into effect in 2019 at the earliest.

3. Brexit complications: It’s the word that no conversation can avoid these days - Brexit. Amongst the 58 impact studies not yet released into the public domain is one on the effect of Brexit on the residential and commercial property markets. When the studies are released (currently likely in the new year) they will be redacted to remove elements which may compromise the UK’s bargaining position with the EU.

What if the impact study when eventually released shows Brexit’s adverse effect on the housing market, to the degree that public concern over stagnating or falling property values creates concern amongst MPs who are concerned about their majorities?

They won’t vote to overturn the Brexit result (Paddy Power has that at 50/1) but the MPs may kick further reform of the property industry into the long grass if it might destabilise an already fragile market and thus threaten their seats.

Of course the likelihood is that none of the above will happen; even if some of the personalities may come or go in the next few months (and that includes the Prime Minister) it may well be that no election and no further Brexit upsets may occur.

But given what’s happened in recent months, who would bet on that?

It’s by no means impossible that some - even all - of the above scenarios may occur. And then the government’s measures to change the face of agency and property, for good or for bad, may be consigned to the dustbin.

I’m not taking any bets, but just in case it all turns out to be true...remember that you heard it here first.

Consultation isn’t a substitute for action ...

Another week, yet more consultations - the agency industry can’t complain about...

And so concludes another party conference season.  We’ve followed the great...