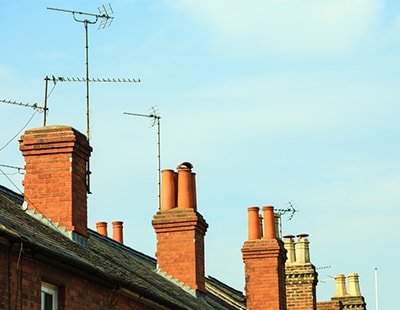 And so concludes another party conference season.  We’ve followed the great and the good (both terms are debatable) around Torbay, Bournemouth, Brighton and just this week, Manchester.

Yet, just like the very best Google Maps diversion, it feels like we’ve been a very long way around to reach nowhere at all. No progress has been made and while hot air has been spouted, no action is forthcoming.

I make no apology for having raised this topic before. The last couple of years in British politics have been tumultuous to say the least. Yet if this meant that the status quo was gradually improving, we might accept the disruption along the way.

For the housing sector there’s anything but improvement being achieved.

Today we find ourselves in a situation of political extremes. The Tories appear hell-bent on in-fighting (whilst pretending to be pally) and Labour has moved further left than it has been for at least a generation. Simply, it feels like there is no longer any middle ground.

And it’s exactly this middle ground that is needed for tangible progress to be made. “He said”, “She said” simply won’t cut it.

UK Plc needs a housing plan that extends through the next 25 years and more.

And so, I return to the point I’ve made before. Nowadays there is very little by way of longevity or consistency in politics so by taking housing policy out of political hands, we might just get to a point where a vision can be realised. Monetary policy is out political hands by virtue of it sitting with the Bank of England. Housing and property policy should be handled similarly.

Of course, none of this is to detract from the fact that the main parties have paid due attention to issues around housing but I question the extent to which any of their pledges can become reality when, on the one hand, they appear to be at odds with one another and, on the other, there’s simply no guarantee that either party will be in power long enough to make them happen.

Labour has a vision to be the champion of tenants via the introduction of rent controls and guaranteed longer tenancies. A potential vote winner amongst said tenants but likely to add further fuel to the disgruntled fire of private landlords, many of whom are simply propping up a current or future pension income.

And just this week, the Conservative Party spoke of its plans to help make it easier for councils to build homes for rent with a pledge of an extra £2 billion being made available to both housing associations and councils to build affordable homes.
Whether they step up to take advantage of this – indeed, if they feel so inclined to do so – remains to be seen though and the government itself appears unwilling to put clear timeframes in place for these funds to be spent.

But whether it’s £2 billion for social housing, or £10 billion for Help to Buy, housing policies need to be more firmly focused on achieving a nation rich in decent homes where people want to live – not potentially empty promises aimed at winning votes.

So, whilst housing is never far away from political debate, progress in housing policy continues to be a million miles away. I’ve said it before and I’ll no doubt say it again: housing needs to be taken away from politics. Give UK Plc the housing plan it deserves and that it so desperately needs!