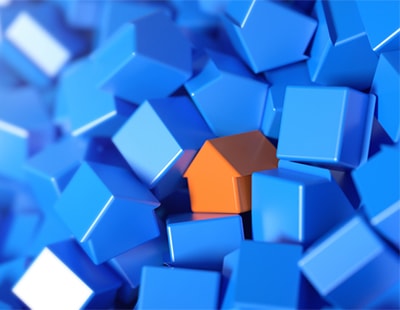 They say you can prove anything with statistics, and 115% of the time I suspect they’re right – that was an attempt at a joke by the way as I’m quite aware that it’s actually 116% of the time.

Anyway, given that I’m a conveyancer rather than a comedian – no jokes please – it’s always intrigued me to read the latest research and statistics on our sector and, rather interestingly, agents’ perceptions of the relationships they have with conveyancing firms and the work that is carried out on behalf of their clients.

Some recent survey results from Landmark Estate Agency Services of 92 smaller, independent agents drew my eye because it tends to be the major estate agency chains that deliver the research in our market, rather than an expression of the views of the independents.

One has to wonder why the other 5% are not involved in conveyancing, given the income generator this can be, but perhaps that is a question for their owners.

Of further interest were the reasons cited for why they use certain conveyancers – quality of work and reputation scoring (unsurprisingly) higher than the referral fee offered.

I’m not surprised by this - would any agent say I’m only placing my clients with this firm because of the money I get, and I don’t really care about the quality of the work they carry out. Highly doubtful and unquestionably in no-one’s best interests.

Perhaps of greatest interest however was the feedback provided by these agents in terms of the way conveyancers work. There were issues with the speed at which the process works, criticism of the communication methods with some citing post and fax as being too slow, plus there were also suggestions that too much work was being duplicated and there should be more upfront information available plus ‘shared universal documentation’.

Intriguingly, a number of agents mentioned HIPs or legal packs – a topic that was discussed at our recent Annual Conference – and there seems to be some appetite for this as a means to cut down on delays.

Now, while conveyancers might not accept all the criticisms levelled at them, we would be first to recognise the changes that could be made in order to make the whole process much quicker, more transparent and more communicative.

The problem is delivering on this and, again I think we would accept that our sector has talked a lot about change in recent times but agents might not have seen this translated into a tangible difference.

Well, the good news (as far as the CA and our membership are concerned) is that we believe that change is happening and that we’ll be at the forefront of delivering much more of it.

Our Conference debated our recent White Paper on modernising the home moving process, and soon we will be putting an action list to our Management Committee and all interested stakeholders about how we can deliver those actions which will offer real improvement.

We’re not saying it will happen overnight but our focus is not on talking around these issues but instead providing solutions and putting them in place.

2017 in that sense should be the year when the conveyancing problems which agents believe hold up the process are addressed.

It means engaging with a lot of stakeholders, particularly the Government, but we are convinced we have the momentum and the backing to deliver.

In that sense, we would urge agents to work with us and to help deliver on the change we all want to see.