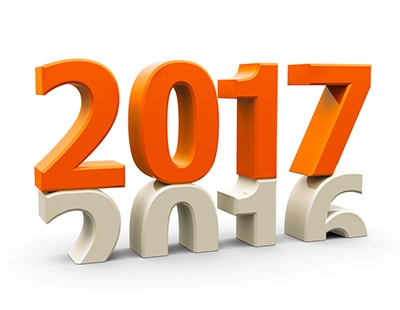 There is no doubt that 2016 managed to catch the world by surprise on more than one occassion.

But will 2017 be equally unpredictable, or can we expect a calmer more measured year ahead in the property and housing industry?

• The UK economy will be very sensitive to swings in sentiment regarding Brexit terms and the housing market will follow.

• House price growth is expected to drop another gear with little or no growth over 2017 and lower levels of activity.

• Whilst affordability is good in most regions outside London and the south east, there is little in the economic data to drive strong price growth this year.

• 2016 was a year of surprises: this year we would like the housing market and economy to surprise on the upside and emerge from the current fog of Brexit uncertainty.

The economy has been remarkably resilient since the June referendum vote. The UK economy grew by 0.6% between July and September, according to the ONS, helped by robust consumer demand and a more active business and financial sector than previously estimated.

Mark Carney, Governor of the Bank of England, has warned that the pain of the Brexit decoupling has likely been postponed not cancelled. The health of the UK economy will be more uncertain than usual over the next few years.

Opinions remain divided on the impact of Brexit and we watch with interest the shifting patterns of consensus among economic forecasts. For now, the 30 or so economists regularly polled by the HM Treasury expect 1.2% economic growth for the year ahead. This is down from 2.1% six months ago, just before the referendum.

For the residential market, the historically low interest rates are a good thing but this is unlikely to outweigh the more uncertain economic outlook which brings with it weaker employment and earnings growth. Rising inflation expectations, above the 2% Bank of England target rate, could soon shift interest rate expectations.

The weakening in transaction activity in London at the end of the year is expected to become more widespread across the UK in 2017. In the light of this, Countrywide announced a profit warning based on the expectation that lower levels would continue through 2017.

For the first time in eight years price growth in London was below the UK average. London prices increased by 3.7% down from 12.2% in 2015, suggesting that the long period of London’s outperformance is probably at its end with affordability the chief constraint. The average London house price is now £473,000. 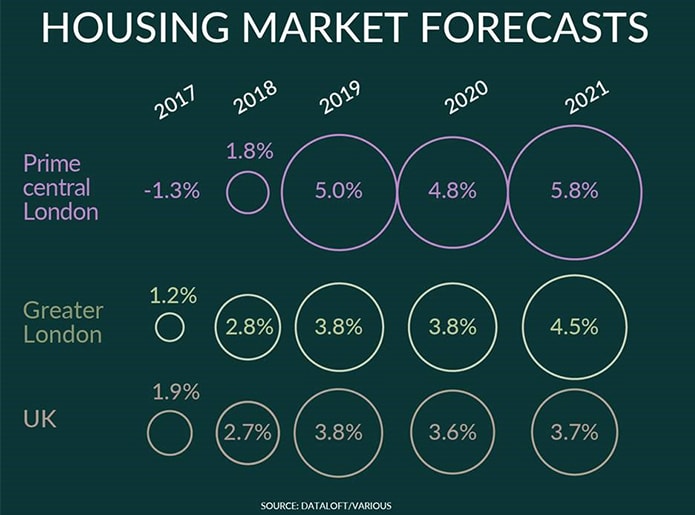 With a slower market in London the gap may narrow to some degree, although there is little in the economic data to drive regional outperformance this year – we are more likely to see a slow and steady pattern across the UK.

A round-up of current market forecasts indicates just that, with 1.9% growth expected for the UK this year and slightly lower for London. The prime central London market, which has suffered a significant downturn in activity and pricing over the last 18 months, is forecast to see prices slip slightly further this year.

Tax changes have had a significant impact on the residential market over the last few years. The December 2014 stamp duty reform, which increased the tax burden on the top end of the market, slowed prime central London activity dramatically.

Tax revenue has fallen as a result and there is gathering pressure from industry voices for a reversal, or at least some concession on this – we will wait to see if the government offers any concessions in 2017.

The extra stamp duty levy on second homes and buy-to-let (BTL), apart from distorting transaction trends in March and April, represents yet another blow in the government’s onslaught on residential investors. Despite that, buy to let remains a popular form of investment income planning.

There are more changes afoot for the buy to let market in 2017. The tax relief on finance costs for landlords will, in future, be restricted to the basic rate of income tax and this will be phased in from April.

Furthermore, the Bank of England has been more power to help control the buy-to-let market. From early 2017, the Bank will have the authority, via the UK financial regulators, to limit buy-to-let mortgage lending, by setting limits on loan-to-value ratios and affordability of repayments. This is to ensure financial stability for the whole economy and ensure that borrowers can weather higher interest rates.

The political stance towards the housing market has changed too. With a new Prime Minister (Theresa May) and a new housing minister (Gavin Barwell) the central premise of policy appears to have shifted from a focus on home ownership towards a wider remit of promoting a range of tenure choices.

The Government White Paper on housing strategy was due to be published at the end of 2016 but this has been deferred to early 2017. We watch with interest for new policy details to emerge.

*This article was written by Dataloft Consultant, Julia Middleton.