By Alex Sullivan
< Back 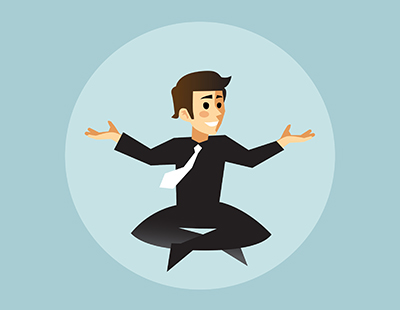 This website recently published a piece ahead of the nationwide launch of our new property platform, Be Street Smart.

It explained how we’re recruiting what we call ‘Property Gurus’, franchisees who will be rewarded for positive customer reviews rather than sales numbers. You can read that piece here.

The article was greeted with plenty of responses from Estate Agent Today readers. We appreciate that our model will be viewed with a whole range of different opinions.

I’d therefore like to take this opportunity to respond to the article and some of the comments it received.

Our Gurus don’t have to have been an estate agent, but we are rigorous about who we hire.

They must have a deep passion for and understanding of property. They need to know their local area well, and be the kind of people that you would welcome into your home.

A few of our first hires were previously conveyancers and chartered surveyors – they’ve been involved in property all their lives and love the industry, but for whatever reason, a traditional estate agency role has never appealed to them.

When we started thinking about the idea that eventually became Be Street Smart, we spoke to lots of customers who had recently sold their homes.

One thing that came up time and again was that they felt they hadn’t received good customer service.

Their most pronounced complaints included aggressive sales tactics to get them to sign a contract, feeling ‘out of the loop’ once that contract was signed, and not receiving enough aftercare from their agent.

Many of the online estate agencies that have sprung up over the past few years have tried to address one side of this equation, without paying much attention to the other.

They’ve moved to reduce fees compared to their competitors, but haven’t done anything to incentivise their agents when it comes to customer service.

If anything, this model pushes agents to handle their clients with less regard, in an effort to move property quicker and make a comparable profit.

I was an estate agent myself when I was 19, and the industry hasn’t really changed with the times at all since then – it’s become archaic.

Estate agents have a major image and perception problem, and it has become a cliché that they are not to be trusted.

A recent Ipsos Mori poll placed it as one of the professions that ranked among the lowest levels of trust expressed by the general public, along with politicians.

I’m not saying that this is true in every case – there are obviously many talented, friendly estate agents out there who love doing a great job, and are prepared to go above and beyond for their clients.

We’ve tried to hire as many of those as we can!

However, the way that earnings are traditionally structured does leave the sector open to abuse from the more unscrupulous; those who are simply out to make a quick buck.

We believe that this is where we can differentiate ourselves, so from the start we’ve planned to make the customer’s experience our number one priority.

We’ve interviewed hundreds of Guru candidates since launching this business, and we’ve only let 1% of those we’ve met onto the platform.

If it turns out we’ve made a bad judgement, and they drop below a 4-star rating from customers, they won’t be on the platform anymore. It’s as simple as that.

My co-founder and I will be giving 5% of the company’s profits to the team every year, and they hold 5% equity in the business.

Our Gurus won’t negotiate contracts on their first visit to someone’s house. Their only focus is to make the customer happy. If the seller wants to manage viewings themselves they can. If they’d like us to speak to conveyancers on their behalf, we can – but we’re never going to push them, or insist that they go with ‘our people’.

Home buying is an emotional, aspirational transaction, and we believe it needs a people-centric revolution that establishes transparency and trust.

Currently, customers have no way to measure the quality of the traditional solution for what is the largest transaction of their life. That’s madness – and it’s something we’re going to change.

This kind of peer-to-peer, review-based platform model has revolutionised so many industries in recent years.

The individuals with the most consistently satisfied customers rise to the top and gain more trade, and new customers have a guarantee that they’re getting someone who will do a great job.

Everything about this is designed to work for the customer, and we’ll learn from our customers whether they feel that it works or not.

If we’re wrong, we won’t be here in a few years’ time. But if we’re right, we’re going to change the whole industry for the better.

*Alex Sullivan is Co-founder and CEO of Be Street Smart

Do your staff reflect the standard of your service? ...

As property ‘experts’, sector know-how and experience sits centrally to everything...