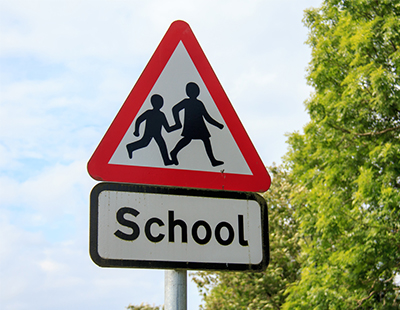 The summer term – rounders, cricket and hayfever. It's also the last dash before the housing market supposedly closes down for summer.

This week, families across the country found out their primary school allocations. The preliminary figures indicate that in some areas around 30% of parents did not receive their first choice for primary school.

This compares to a national average of around 12%. Furthermore, a number of locations across the south-east, the Midlands and the north of England will have more pupils than places by 2019-20, despite an increase in places since 2012.

Many of us will have made some pretty dramatic life decisions for the sake of our children, not least moving to an area with better schools, or at least our perception of better.

As parents digest their school allocation or look ahead to options over the coming years, many will inevitably turn their thoughts to moving to secure the education to which they aspire for their children.

However, RICS has again reported expectations of little or no upturn in vendors and therefore homes coming to the market.

Should we therefore expect less ‘moving for school’ activity over the coming years?

Or perhaps the bigger question, are we misguided to expect that market will ever return to ‘normal’, whatever that is, or was.

The authors of the work (March, 2016) conclude that it is unlikely that the level of transactions will return to “their pre-crisis level any time soon”, because of two “important shifts” in the market.

Activity on the part of existing homeowners is interesting. Prior to the financial crisis the 36-50 age group were most active in terms of transaction levels.

The number of moves amongst this group was closely followed by the activity of 18-35 year olds. Instinctively this feels right: the period of homebuilding, moving into child rearing and all that entails in terms of space and strategic moves for schools.

Post financial crisis the picture has changed. The 36-50 year group remains the most active, but with transactions even at their somewhat recovered levels, just two thirds of the average during the decade prior to the crash.

This cohort of movers is now closely followed by the 51-70 year olds. The 18-35s, the ‘primary school parents generation’ are moving only slightly more than the over 70s.

These trends are reflected in the reasons why people are currently moving. Prior to the financial crisis housing surveys found the most frequently cited reason for moving house was to move to a better area, often for schools, or to a larger house.

In the new normal of today, it is these discretionary moves that have reduced most markedly.

Households are either choosing not to move to gain more space or live in a nicer area, or more likely, find themselves unable to do so.

This clearly has implications for market targeting. Family buyers in search of more space and good schools, but unable to increase costs, will struggle to trade-up locally. They may stay put and invest in their existing home and area. This will be positive for those areas that have struggled with the exodus of ‘families that can’.

However, it is also likely we will see more moves from expensive towns and urban centres to cheaper areas offering the space and schools.

This is both positive news and a challenge for villages, towns and cities with a good quality of life story to tell at an affordable price.

It is also good for the agents in said markets, although accepting buyers are less likely to be moving locally than perhaps they might have been in past years.

Marketing strategies will need to extend well beyond the local reach. Selling the town or village and its vision for the future will also be more important than ever.

The research suggests homebuyers today will not be moving again for quite a while.

Market targeting vs. stereotyping: hipsters, yummy mummies and the simply priced out ...