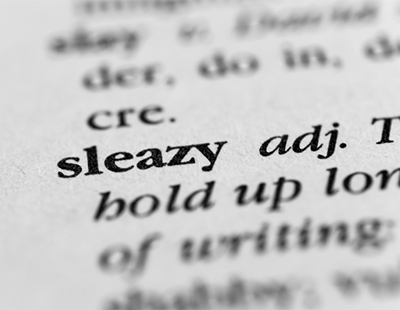 It’s all too easy to look sleazy in the eyes of a sceptical world, and there’s a danger right now that a few elements of estate agency are beginning to have precisely that problem.

I say that because it’s not been a good week for the industry, image-wise.

The chief executive of Foxtons has been given a 19 per cent pay rise with a substantial hike in potential future bonuses. He could have a total remuneration package of £2.3m a year once share options are included – not bad for a firm that has suffered a shares slump and faces a high-profile class action legal case from a large group of landlords.

Meanwhile Savills’ staff have enjoyed (another) bumper year with a total bonus pool of £345.3m in 2015. That’s up a third on 2014, and was announced just as one of Savills’ more controversial creations – Agents’ Mutual – was threatening legal action against some small-fry agents who struggle to get cash-flow let alone six figure directorial bonuses.

Then there was that Panama Papers story. I suspect we have yet to hear the full details about London’s residential property and money laundering; but this epic piece of journalistic research about global tax avoidance (or perhaps worse) comes as we still wait for the results of an apparent investigation by the National Association of Estate Agents.

The investigation – you may be forgiven for having forgotten – was triggered by last year’s
Channel 4 documentary From Russia With Cash, which started the ball rolling in terms of London estate agents’ image problems. Can this investigation really still be going on? Really? Truly? Taking this long looks at first sight like procrastination, not action.

Now I have no doubt that in the bars and restaurants and award ceremonies, estate agents can justifiably explain to each other how all of these things have happened.

I imagine it’s said that Foxtons’ chief executive had been underpaid for years, requiring this big adjustment in 2016. And Savills is not backward at coming forward in explaining how successful it is worldwide (and it is – genuinely). Even the NAEA will no doubt get around to revealing the results of its AML investigation at some time.

But the problem is, the general public doesn’t work in estate agency nor attend industry awards events. So incidents like those above look...well, perhaps a little sleazy, even in reality they were genuinely justifiable actions that lacked a little finesse in their execution.

Plenty of other industries have similar image issues (and God knows journalists have been making themselves look sleazy since shortly before the invention of the pencil) but the outside world seems a little different these days.

It’s more puritanical, less forgiving of excess and bad behaviour and – dare I say it – it now demands a functioning moral compass from people who have money, power and status.

So while it sounds a little pompous and more than a little pious, might it not be best for the industry if it was a tad more discreet and phased about rewarding senior executives? And a bit less shouty about massive bonuses? And couldn’t the industry make more effort to be transparent about issues-of-the-moment like money laundering?

In an era when people are less deferential than ever, a little more subtlety and savvy might just help agents look like the thoughtful professionals we know most of them to be.

Why the UK property market is at the centre of global tax avoidance and financial crime ...

The Pandora Papers - the biggest ever leak of offshore data...