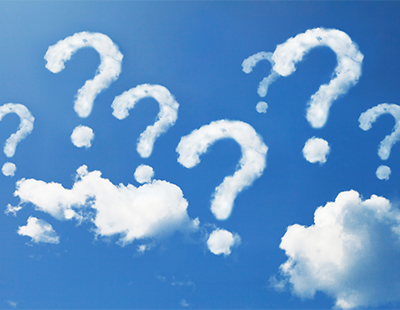 By accident or design, the PR machine at OnTheMarket was beefed up last week.

Just as well. With the portal still reeling from a mutiny by an estimated 200 rebel agents, so the Competition and Markets Authority sends an open letter warning to agents who – some, maybe, perhaps – might just have coordinated their choice of ‘other portal.’

Ironically it was a highly-combative former PR from Knight Frank who was, temporarily, wheeled out to deal with questions from journalists and issue statements. He was the same PR who three years ago helped sell the idea of an agent-owned portal to journalists.

If he’s come full circle, so has the portal – it seems it still has to sell itself to sceptics, after all this time. Who would have thought it would turn out this way?

Well, actually, quite a few it seems: several agents alike said two years ago there was a risk this would elevate one portal, probably Rightmove, to domination. Do they advise on lottery numbers, too?

Yet if, as business newspaper City AM says, “anyone with even a passing interest in technology and its history could have predicted” the problems afflicting OnTheMarket, there remains unanswered questions about the CMA controversy and what happens next.

I’ve set out mine below: they’re not aimed at the portal, nor at the agents who founded it or joined it – but just questions which remain a conundrum to this property journalist at least.

1. What’s triggered the CMA to contact an unspecified number of agents now, some two years after initial pitches by OTM? Surely collusion between agents – which has most definitely not been proved, at least yet – would have happened earlier?

2. Is it appropriate that the National Association of Estate Agents has a representative on the Agents’ Mutual board, given that AM is itself instigating legal action against some agents – who in some cases happen to be NAEA members? Interestingly, Agents’ Mutual chose not to answer a question about this last week.

3. If there has been any cartel-like behaviour – a big if, for the moment – will any participants ‘grass’ on others to minimise their own penalty? This is what the CMA says on the subject: “A business which has participated in a cartel may receive total or partial immunity from fines if it comes forward with information about the cartel, provided certain conditions for leniency are met. The first cartel member to report and provide evidence of a cartel will be granted total immunity, provided the CMA is not already investigating the cartel, does not otherwise have sufficient information to establish the existence of the cartel and the other conditions for leniency are met.”

4. Should some OTM decisions – perhaps the changes to fee structures, for example – have been voted on by member agents? Certainly many existing members have told me that should have been the case.

5. Is there reputational damage to some agents? Probably not, at least at the moment. Four of the founding agencies were truly messianic about OTM in its early days while two kept their distance from “our more publicity-seeking advocates”, to quote a senior director of one of the six. Perhaps luckily for them all, the portal’s’s low profile means few clients actually know about it. However, if the CMA eventually levies fines (which could be very high indeed) bad publicity will spread online and to national newspapers.

6. What will happen to Ian Springett? He’s a survivor, that’s for sure. Many bosses missing a heavily publicised target (‘number two by January 2016’), then facing an agent mutiny and a CMA controversy, might have walked. Those who work with him say he’s driven, and very keen to let colleagues know his own worth. Having met Springett several times, I have been struck by his scepticism about old-school estate agents - which of course makes his survival in his current position all the more surprising.

7. Have the OTM controversies, even before the CMA’s involvement, scuppered the idea of a successful agent-owned alternative to Rightmove and Zoopla? Common sense may say yes but I have yet to meet an agent who did not think the principle of OTM was a good one, even if they openly mock Agents’ Mutual’s track-record. Can this idea still be salvaged from what City AM calls the “Luddites” of Agents’ Mutual?

Agents’ Mutual’s latest ‘letter of intent’: what’s in it for agents? ...

The consumer is King and to protect sellers and buyers' best...