By Michael Robson
< Back 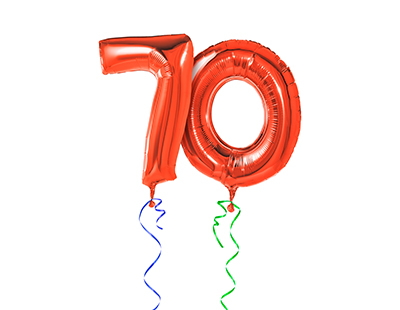 Birthdays aren’t just something for family and friends to celebrate.

Businesses too can justifiably use these milestones to remember their roots and engage with their staff, customers and contemporaries.

But doing so successfully and in a meaningful way takes careful consideration.

2016 is the year Andrews kicks off its 70th anniversary celebrations and we’ve come a long way since Cecil Jackson-Cole opened the first Andrews branch in Morden, South-West London.

We now operate from over 60 locations across the South of England (with more to come!) and are the 8th largest estate agency business in the UK.

Andrews is unique in the property world given our ownership structure whereby three charitable trusts are our shareholders. Of course, given our founding father was Cecil Jackson-Cole this may not come as a surprise.

“CJC” was a true philanthropist. Playing a significant role in the founding of Oxfam, Help the Aged and ActionAid, his commitment to the belief that entrepreneurial businesses should operate for the benefit of charitable organisations to help tackle hardship and human suffering was unquestionable.

We’re committed to remaining true to these founding principles and so it made sense for us to consider how we could celebrate this milestone anniversary in a way that would translate his legacy and meet the needs of the modern world.

And so Project 70 was born.

“P70” will see us work in collaboration with our principal shareholder, Andrews Charitable Trust (ACT), to purchase 50 properties over the next 50 years to provide young people leaving the care system with a roof over their heads and support in finding work or training.

It can be all too easy to glibly tack CSR activity on to the side of the day-to-day running of a business, but our roots and ownership model mean that it's something we simply cannot ignore.

It has, however, required a certain mindfulness to balance the needs of the business with the social needs of our trustees.

Cecil Jackson-Cole spoke of businesses not only supporting charities financially, but also through the provision of practical skills, experience and hands-on time.
More recently, thought leaders including the Harvard Business Review have cited the need for social philanthropy to be set in context so that it focuses on supporting the business and best utilising its skills, while fulfilling a real social need.

We believe that through P70 we’re achieving that. Andrews will raise money to be passed on to ACT, whilst also using its skills and experience to source appropriate properties.

ACT, meanwhile, will be responsible for actually purchasing the properties, leasing them to partner organisations and collecting incomes from them in order to finance future property investments.

Of course, we remain a business. One, that for the good of all our shareholders, needs to continue being as successful as we have been in recent years.

This means employing a team that shares the vision at the heart of Andrews Property Group; that places high value on integrity; and which works to bring the very best service to its customers each and every day.

When Cecil Jackson-Cole founded Andrews all those years ago, he had a clear vision of the way the business should be run and what it should focus on.  He no doubt had a long term view which he hoped would be realised.

We’ll never know for sure how he’d have imagined the business 70 years in the future but we hope that P70 would encapsulate all that was important to him.

The answer to the question is that we all should; both...

Do your staff reflect the standard of your service? ...

As property ‘experts’, sector know-how and experience sits centrally to everything...

The value of a brand in property ...

For the team at Andrews, the new year started a long...