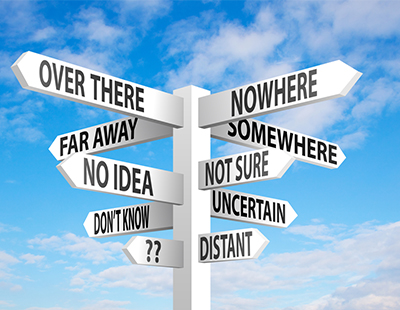 Just a couple of weeks ago, we waited with anticipation to see what the new Chancellor, Philip Hammond, would say in his Autumn Statement that would impact the property market. We’ll no doubt do the same next November when he delivers his first full Budget.

And while the shifting of the government’s fiscal statement to a once-yearly announcement may mean, as an industry, we’re only on tenterhooks once, rather than twice, a year, wouldn’t it be nice if we knew with more certainty what the future for the housing sector looked like?

I’ve been giving this some thought and increasingly believe that adopting a much longer-term view to housing policy would deliver significant benefits. This would need to rise above party politics, embrace every facet of the industry, and cover all aspects of planning, capital requirements and the infrastructure required for developments.

Such a strategy would focus on the requirements of the end users, across all tenures, and be intrinsically linked to a guarantee of long-term affordable housing, job creation and business opportunities. In my opinion, it would be a win-win situation for all, and importantly it would get Britain moving again.

But is this just a whimsical dream of mine?

I’d like to think not, but at the same time I’m aware that this won’t be achieved overnight and certainly wouldn’t be without its obstacles.

The key to success in establishing such an approach, would surely be the depoliticising of housing policy. Yet, we all know how much housing continues to be used as a vote winner by all sides: we saw it in the 2015 general election; it was referenced by both sides in the Brexit campaign; and a statement from the Chancellor (whether in November or March!) wouldn’t be the same without a reference to housing, would it?

What we’d no doubt need in order to work towards such a scenario is the establishment of a quango that secured cross-party support. But political parties have historically championed differing models of housing tenure and continue to do so which could make this problematic from the outset.

Culturally too, we are a nation that holds home ownership in high regard and it could be argued that this too works to the detriment of delivering more affordable housing. Policies can be reviewed and adjusted but culture goes a lot deeper.

But rather than focus on the obstacles, let’s consider the goals.

I have a vision that is grounded in the notion of ‘housing the nation’ where the requirements of each and every consumer are considered; where key workers can afford to live in the towns and cities that they serve; and where young people can choose a tenure model to suit them and their life-stage as there’d be sufficient supply and affordability to allow them to do so.

I fear that without housing policies that are embedded for the long-term, we risk further damaging our economy and whilst there may be obstacles on the path to achieving this, with compromise and cooperation we should be able to avoid the UK’s housing provision becoming even more fragmented than it already is.

So, while elections, referendums and fiscal statements provide us with an opportunity to wax lyrical on the housing market, ‘housing the nation’ needs to become a social imperative and not a political vote winning opportunity.

Isn’t it time that property remembered what is important? ...

For those of us working within the property sector, we’re in...

Can Stamp Duty really change the face of the buy-to-let sector? ...

With a little over two months to go until changes to...