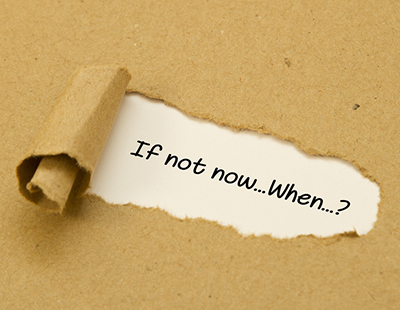 Let me set out my stall from the beginning.

Firstly with two buy to lets managed by an agency, I understand and support the principle of letting agents charging fees to tenants - providing, of course, they are proportionate, transparent and not duplicating the fee I pay the agents as a landlord.

Secondly, just because I’m a journalist it doesn’t mean I can’t do the maths on stamp duty.

SDLT levied on high end homes has become too large since the 2014 Osborne reform and there is substantial evidence that it is deterring buyers and, as a result, reducing income to the Treasury.

So yes, I think there’s an unanswerable case for a reform of stamp duty.

But our industry has evidently not done a good enough job to lobby, educate, persuade or cajole not just government, but opinion formers too, on these two issues.

There has been a predictable backlash by a few random individuals against industry bodies for apparently doing too little: that, however, is to under-estimate the hard work, research, lobbying and time-consuming-but-essential schmoozing at party conferences that estate and letting agency groups and landlord organisations have done for years.

So why did we fail when ‘they’ - Generation Rent, Shelter, Citizens Advice and others - succeeded in persuading ministers, newspapers and celebrities to their cause?

Partly it is because the industry misread the political mood music over stamp duty.

A government attempting to out-UKIP UKIP by appealing to the Just About Managings and Left Behinds was never likely to slip in a stamp duty change that would reduce the transaction costs on homes priced over £1m.

Can you imagine the Daily Mail’s headline had that happened, let alone the Mirror’s?

Partly, too, it is because our industry is too fragmented to address the letting agency fees issue voluntarily - even though, ironically, so many within the industry wanted to.

With the NLA, RLA, ARLA, UKALA, NALS, RICS, three Ombudsman organisations and other bodies almost unanimously in favour of some kind of action on letting agents’ fees - even if it was just to make them more transparent to tenants and landlords alike - each group seemed nonetheless to act separately, at different speeds, with different goals.

A very few wanted fees on tenants banned completely, others wanted caps but were not suggesting what those should be, while others again wanted no restrictions on fees at all but greater transparency.

And, let’s be honest, one or two organisations may have been as interested in ‘getting one over’ a rival group as in providing an industry-wide solution.

The end result was that everyone wanted something, but no one group carried enough sway to effectively galvanize a united view across the industry.

And don’t even talk about how such a disparate industry would have policed a united view if it had come up with one...

If that was unhelpful over letting fees, it may be disastrous when the government reports on reforming and modernising house buying. Those proposals may fundamentally affect every element of our business.

Is there any chance of rival groups - the ones that knew something had to be done about letting agents’ fees, but couldn’t agree what in good time - seizing the initiative to act in concert? So that industry, for once, speaks with one voice?

There’s plenty of evidence in recent years that the government is unconvinced that the industry itself can reform or police itself: isn’t this the time to prove the politicians wrong?

Independence may be the undoing of the Independents ...

The story of the week has been the first steps of...