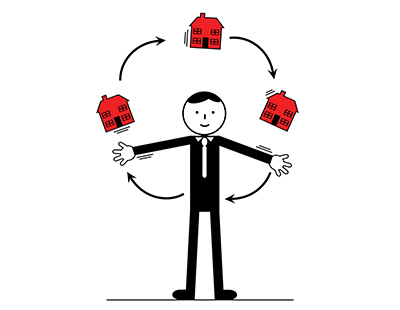 My suspicion in my December Industry Views column that the Chancellor, George Osborne, holds certain types of property owners in contempt was confirmed by the Estate Agent Today newsflash on the bank holiday Monday after Christmas.

It’s lucky that the EAT team was not, like the rest of us, consumed by the effects of over eating but was instead on the ball.

The Government had chosen that day to slip out news of a consultation exercise on the three per cent Stamp Duty hikes for certain buy-to-let deals and second home purchases.

You have to wonder at Osborne, ready to pamper the bankers while he purges the small buy-to-let investors, who already pay Capital Gains Tax on the rise in their investment’s value to make the Government almost as big a winner from this type or property ownership as the owners themselves.

At one time, the economy of this country was measured by the performance of the motor industry. But as that and other heavy industry declined, it was the housing market that became the barometer of national economic performance.

Borrowing from the words of Pools winner Vivienne Nicholson, successive Governments encouraged everyone to spend, spend, spend on property.

The economic recovery of the country is due in no small part to the willingness of buy-to-let investors to stimulate the residential housing market, which also helped support the ailing home improvements and furniture industries during the recession.

All that seems forgotten by an ungrateful Osborne, who is now all too happy to condemn the buy-to-let purchaser to an extra tax burden at purchase which can only be offset when the property is re-sold and taxable profit calculated.

There may be some argument to support the three per cent Stamp Duty hike for those buying second homes for self occupation, especially in areas where tourism and leisure activities peak, such as the Lake District, Devon and Cornwall, or even my home patch on the Solent coast.

These buyers can outbid local buyers and therefore distort the market, forcing local people into the rental sector. If this can be discouraged, then there is tangible benefit.

But for Osborne to also try to purge the small buy-to-let investor while not taking any action against the big-time operators who run buy-to-let on an industrial scale, illustrates the contempt in which he really holds those who have supported him financially, and quite possibly politically.

With yet more legal red tape entrapping the industry from February 1, pushing up costs for landlords and lettings agents who have become involuntary Border Force members, this Government really needs to think again about the people who are the backbone of the residential lettings industry on which it relies to replace social housing.

Giving the sector a quiet Bank Holiday shafting is not the way to make us feel any better. Your chance to reply runs out at 11.45 p.m. on February 1, so make sure you add your opinion on this issue (see the consultation here). The detail will be finalised in the March Budget, so there may just be a chance to kick back.

*Colin Shairp is Director of Fine and Country Southern Hampshire.