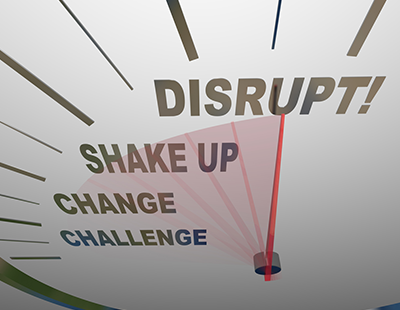 It’s become almost obligatory for start-ups in many industries – frequently online agents in the selling and letting business – to say they are ‘disrupting’ the existing business model.

But is there any longer just one standard business model from which new players deviate?

Recent evidence would show that there are so many variations of what was previously regarded of as a single model for agencies, surely everyone these days deviates from it?

Look at these 10 examples of what I mean. No one of these examples quite conforms to our stereotypical preconceptions of ‘traditional’ or ‘online’ agencies, portals or services:

1. EweMove: It vigorously denies that it’s an up-front fees online agency, because although it emphasises ‘open all hours’ online credentials, it has some physical offices, too.

2. Dybles: This single-office estate agency in Winchester is very much a traditional agency but it now offers the kind of flat fee associated with some online agencies (except it’s still no-sale, no-fee and it’s not an upfront payment).

3. Amazing Results!: This franchise, launched in Cheshire, operates online but gets a high street presence, of a kind, by taking over empty windows in local shops to advertise homes (something which some old-school agencies have been doing anyway).

4. Purplebricks: It’s online but has agents ‘in the field’ who visit would-be sellers and landlords, and it levies a typical online agency flat-fee structure....except it’s not upfront.

5. Countrywide: Surely if a traditional high street estate agency model still exists it will be with Britain’s largest agency group? So it is....except Countrywide has made no secret of the fact that it’s also considering an online ‘brand’ as part of its offering to consumers.

6. iProperty: Its website (theipropertycompany.co.uk) looks like a portal and reads like a portal but it’s not – and it isn’t an agency either. Instead, it represents “individuals around the world who want to buy, sell and rent property directly.”

7. OnTheMarket: Love it or loathe it, this has disrupted the industry – ironically by providing the same kind of old-school agent-focused portal that existed over a decade ago just as others increasingly emphasise their consumer-facing credentials.

8. Ingenious Move: Not quite the same as every other online agency, this one has a fee structure which promises to match – or beat – the selling fee, tenant finding fee or property management fee of any competitor operating in the same area.

9. Build To Rent: This fast-emerging sector is a ‘disrupter’ harnessing institutional investors to provide the rental accommodation which has, in the main, been supplied by small scale individual buy to let investors. Some BTR schemes may use letting agents to manage blocks, but some may not. There may, or may not, be a traditional BTR model.

10. Dolphin Square Charitable Foundation: OK, so this is in the social housing sector but look at what it’s doing – means-testing tenants and varying their rents accordingly, considered to be a first. How long before some private landlords consider this?

Enough already – you get the point I’m making, I’m sure.

Although many high street agents believe they stick rigidly to a traditional model, they too have moved – aren’t they all online agents, to some extent, using websites and portals and sometimes their own apps too?

And although online agents like to think they have a monopoly on disruption, haven’t many of those, too, moved to adopt some traditional methods such as employing people on the ground to visit clients?

In other words, there are so many variations in what agents offer – and when, where and how they offer it – that the concept of the ‘traditional’ model is fact becoming outdated.

These days, it seems that we’re all disrupters in one way or another.

Let’s begin with total transparency from this author: I believe there’s...