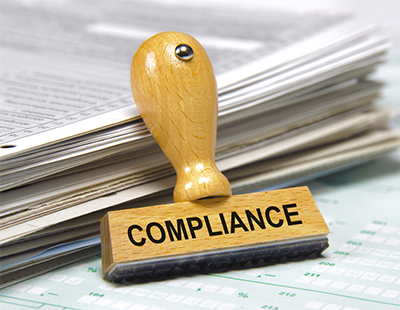 It’s been nearly a year since all lettings and property management agents have been legally required to join a redress scheme for dealing with complaints in accordance with the Consumers, Enterprise and Regulatory Reform Act 2013.

Estate agents have been legally obligated to join a consumer redress scheme since mid-2007. The role of the schemes is to provide fair and reasonable resolutions to disputes between consumers and property agents.

Unfortunately there are still a few agents out there (and landlords too) that choose to capitalise on the desperation of private renters. Some will charge unfair fees or provide substandard or unsafe housing; knowing that many prospective tenants are not in a position to ask questions or complain about the service they have received.

In this climate, redress has become more important than ever. ‘Redress’ means putting things right when goods or services go wrong or don’t live up to expectations. The Property Redress Scheme (PRS) is the newest of three bodies authorised to provide this service.

Despite positive membership numbers – the PRS have achieved over 4,000 members in its first year of operation – it is clear that there are a number of Agents out there who, either through ignorance or wilful defiance, have not signed up to a redress scheme.

Some doubts have been raised as to whether local authorities are doing enough to enforce compliance in their area, as it has been reported that Newham, Islington and Camden are the only councils to have issued any fines in London.

Countrywide, there are only a number of councils that have issued fines for non-compliance, that is, if an agent wasn’t a member of one of three redress schemes available. Amongst these councils are Leeds, Birmingham, Plymouth, Newcastle, Wiltshire, Burnley, Crawley, Chichester, and Mid Sussex. Sheffield is another council that’s enforcing the law.

Let’s look at Sheffield Council as an example. I have recently been interviewed by the BBC Breakfast programme about this case (which you can see below). Sheffield is one of the few councils listed above who are really ahead of the game.

In Sheffield, about 35,000 families live in rented accommodation.  Since the new legislation came into effect, Sheffield has fined 11 agents for non-compliance, which amounts to a total of £37,000.

Councils are authorised by government to keep the money, which is why Sheffield and other local authorities that have handed out fines in the past year have found they can put the money back into the enforcement. Hence enforcing the law becomes a self-funding exercise.

But at the PRS we also believe that it is the duty of the wider industry to help police this legislation. We are therefore working with local authorities to ensure the law is enforced as vigorously as possible and consumers remain protected – and you should do your bit too!

If you would like to report an Agent for non-compliance, you can find the contact details of their local trading standards department by imputing the postcode at the bottom of the page on the Trading Standards Institute website.

The Property Redress Scheme is committed to improving relations between property agents and their consumers. This involves making sure that both landlords and tenants are fully aware of their right to redress. Legally, agents are obligated to tell their clients which redress scheme they have joined. Look out for further posts from us for more information about our complaints process and the types of complaints we can help resolve.

*Sean Hooker is Head of Redress at the Property Redress Scheme

Fee disclosure: Are you ready for an inspection? ...

Earlier this week we passed the official deadline for letting agents...