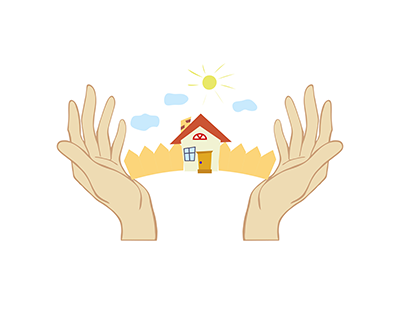 So housing made itself top of the list of questions by the new Leader of the Opposition’s first PMQs on Wednesday in the House of Commons.

In his question about housing Mr Corbyn, asked Marie’s question - one of two and a half thousand he had received on the subject.

What is the Government going to do about the “chronic lack of affordable housing and the extortionate rents charged by some private sector landlords in this country?”

The Prime Minister’s answer referenced the reform of the planning system, encouragement of the building industry to come up with innovative solutions such as starter homes, as well as support for the aspirations of people to own their own home through schemes such as Help to Buy.

Is the Government barking up the wrong tree with their assessment of where aspirations lie? Is the idea of a cheap, and hopefully, cheerful starter home abhorrent to hopeful yet probably quite cynical young adults of today?

Certainly the term Generation Rent has positive overtones. Generation X saw acceleration in education, wealth and independence. It was also name of Billy Idol’s band, for those who either remember the 70s or now think it far enough back in history to be considered retro.

Moving ahead a couple of decades, the traits of Generation Y, or Millenials, supposedly include liberal attitudes with regard to social and cultural issues (Economist survey, 2013) and “a deep desire to make the world a better place” (Burstein, 2014). All good positive stuff.

In this Generation vein, the much quoted term Generation Rent suggests a lifestyle decision, a more carefree, less traditional approach to young adulthood.

In the US there is some evidence to suggest Millenials are opting for a more ‘nomadic lifestyle’. However, as alluring as a camper van might be (in the summer), survey evidence in the UK suggests Mr Cameron is broadly aligned with general opinion, even amongst the coolest Millenials.

There has been no change in the magnitude of this aspiration since the last survey in 2010/11. However, aspiration and ability are clearly quite different things.

A survey by Halifax earlier this year found that a growing number of younger people have given up the idea of ever owning their own home due to affordability barriers. The proportion of people aged between 20 and 45 putting money aside for a deposit had been steady for three years, according to Halifax, but fell last year by 6% to 43%.

The evidence suggests that a substantial proportion of these tenants will not be choosing the private rented sector as a lifestyle choice, but will be accepting this is their reality for the medium term at least.

Landlords and their agents who rise to the responsibility of making this a safe, secure and pleasant experience should be applauded. According to analysis from the EHS, people’s personal and housing circumstances were associated with differences in their life satisfaction. That is their happiness.

There are others waiting in the wings to fill the gap created by those who fail to provide quality, respect and generally raise the game of the private rented sector.

The IPF report UK Residential Property: Institutional Attitudes and Investment Survey 2015, August 2015, found that half of existing institutional investors, largely pension and life fund, plan to increase investment in the sector over the next 12 months.

They have allocated £2.89 billion to the private rented sector over the coming year. This is of course subject to the availability of suitable stock, which is a challenge although progress is being made. However, even a proportion of these funds could change a market in some locations.

Those, whether institutional or BTL landlords, or their agents and representatives who are the day to day face of the PRS, that rise to the challenge may not make Generation Rent a lifestyle choice. But can change the experience. According to the English Housing Survey they can make people happy.