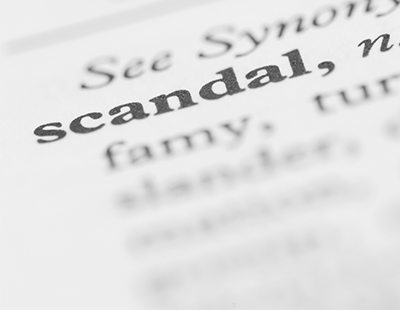 I received a call from a prominent agent known to many in the industry this week, asking an unexpected question: he wanted me to explain why “you journalists” were not doing more to expose wrong-doing in the high-end sector of the property business.

The call was off the record so no names, no pack drill.

But the question triggered a discussion on the practicalities of ‘exposure journalism’ in the modern age, as applied to the increasingly complicated world of property.

There’s a danger that all journalists end up being unfairly tarred with the term ‘tabloid troublemaker‘  just as all agents risk being tarred with a public perception of ruthlessly doing anything to close a deal.

But in recent years some property controversies unearthed by journalists have been universally welcomed, I hope, by agents and the public alike.

One, for example, has been the shocking ‘exit fees’ on sales charged by some retirement community developers and managers. Another has been the sale to unwitting individuals of tiny plots of sub-divided land with absurd hope value prices, even though the plots are too small and too complex for use as residential land in the future.

There have been numerous stories of letting agents closing their doors without notice, to the anger of tenants and landlords alike: it’s a good thing they have been exposed, too.

Very recent media coverage of alleged money laundering may, one day, be seen in the same light, as something the vast majority believe should be investigated.

But the answer to my caller’s question – why are more scandals not exposed? - is down to the practical issue of the reliance of many newspapers and websites on freelance property journalists. Let me explain by citing three reasons why freelances tend to play it safe.

Firstly freelances (I have been one for 15 years) rely on stories being commissioned and published before getting paid. As many property stories pay relatively little (honestly)  freelances need a high number of stories to make a living.

The Sunday Times and the BBC can spend staff time on this activity – and it is for this reason that they are so respected – but freelances find it difficult to justify spending hours or days on a story which may eventually fail to produce enough evidence to be used.

Secondly, property websites and hard copy property supplements in the papers are stuffed with pieces by freelances and there are relatively few staff property journalists to do this ‘speculative’ investigation.

Those staffers that exist are usually property section editors so, frankly, get out relatively little and are up to their necks with office-based editing and management. So that’s another reason why complicated, time-consuming, revelatory stories are rarely touched.

Thirdly, the fear of legal action means even relatively affluent national newspapers are extremely wary of taking on wealthy property companies which they suspect of dodgy practices – and individual freelance journalists are more cautious still.

Back in December 2009 one of my investigative property stories was the subject of legal action: I still have the 10-page closely-typed legal letter promising to add me as a defendant in the case against the newspaper.

Thankfully the paper in which the story appeared led the defence but the time, effort and worry inevitably surrounding legal action leads most freelances to self-censor – they tend to choose only ‘safe’ stories to write about.

So while property scandals are probably very few in number anyway, these are the reasons why even fewer ever see the light of day.

Therefore, hats off to those journalists with the staff time and financial support to consistently reveal such issues: it’s just a pity there aren’t a few more.

I wanted to take this opportunity to write an advice piece...

The government’s PropTech plans have the potential to be good news for agents ...

In the firmest sign yet that PropTech has entered the mainstream,...

Consultations - Why do so few participate? ...

It’s no surprise that figures don’t always show the results or...