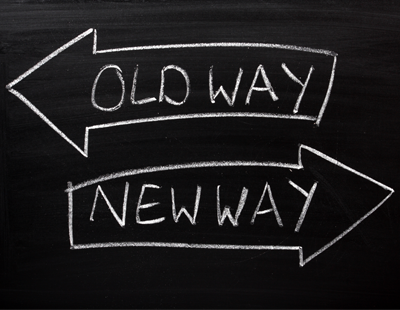 I just read an article by Paul Smith, the CEO OF Spicerhaart, that I feel needs a response, so here is mine.

The article has three loosely connected themes that are separated under their own headings. The first of these is 'Just Puppets in The Portal War'.

Under this heading Paul makes the following observation:

'The estate agency industry is in turmoil, with increased competition – both on our high streets and online; everyone is fighting for a share of the same markets. If we keep handing the power to the portals, we’ll only make them stronger. Just like we’ve all done with Amazon and Google'.

This article is clearly a rallying call for a flagging OTM by someone who sees himself as influential and believes his views could tip some agents into the OTM camp. Apart from having an insignificant share of portal traffic, the problem is that it won't work because just as Paul has underestimated what it takes to disrupt market forces, he has equally overestimated his own influence on the huge number of agents still sitting on the fence.

OnTheMarket's recent offer to obtain 'letters of Intent' tells us that things aren't going as well as was hoped. In their original presentations, there was an assumption that 250 new branches per month would be signed up and I think they have struggled to achieve 250 since they launched.

As an agent with the same overall objectives as Paul and his fellow OTM board members, I of course am naturally sympathetic to regaining control of the portal space. However, the difference between me and the OTM board is that I have never seen the new portal being able to deliver on the target of quickly moving into a significant position in the portal space.

In fact, the exact opposite of what most agents set out to achieve – weakening the dominance of Rightmove – seems to be the almost certain outcome from the project. This is obviously embarrassing for those involved, and should be deeply concerning. I do wonder what the next move will be.

Building on this, I believe OTM is going to fail to deliver on its boast that it will overtake Zoopla as the number two portal by January 2016; it's a forgone conclusion. Just take a look at these market share stats released recently: 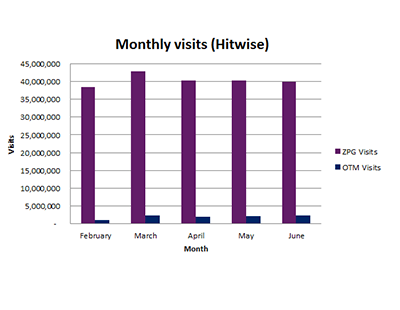 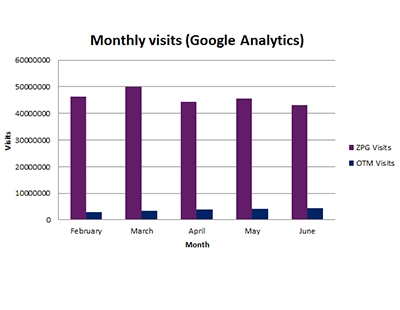 That the strategy of dropping Zoopla en masse has merely strengthened Rightmove is an unquestionable fact. Indeed their Chief Financial Officer presented to a group of City analysts earlier in the week and was happy to share this fact. As a result, Rightmove looks well set to continue with Plan A  - why wouldn’t they? All of the signs that they were changing as a result of reinvigorated competition from ZPG could be undone in the coming years.

Putting OTM aside, the article goes on to consider 'Setting New Standards in Estate Agency' and takes the opportunity to chastise new entrants for their poor standards and even implores them to at least take a look at the new Trading Standards rules.

Finally, under the heading 'Moving Forward With The Times', a heading so ironic it certainly made me laugh out loud, Paul takes an irresistible pop at his corporate competition, a group of agents who have shown the good sense to avoid OTM like the plague.

For OTM to have worked, human nature would have needed to have changed. The vast majority of the industry are not members of the elite. They are individuals and businesses who focus on what they can affect, not waste energy trying to change things that have an irresistible momentum.

The great and the good of the establishment may see portals as a threat. Maybe they are a threat, but for 'threat' you can really substitute 'competition' and one thing the establishment hates is the threat of competition, wherever it comes from, including other agents.

Whether we like it or not we are in a period of dynamic and exciting change; change that's impossible to halt and that is taking us to a future that will see a new establishment composed of those who see the opportunity and not just the threat. It is everyone's own decision as to whether they want to have a place in that establishment or whither on the vine.

Finally, I have a message for Paul and all the other businesses who have joined OTM and its this:

Every successful individual and organisation makes a fair number of mistakes, the important thing is to recognise them early, correct them, learn from them and move on.

It is with no pleasure and a touch of sadness that...

OTM finds out what happens when 'rent a crowd' goes home ...

OnTheMartket (OTM) recently wrote to its membership saying how well its...