By Simon Duce
< Back 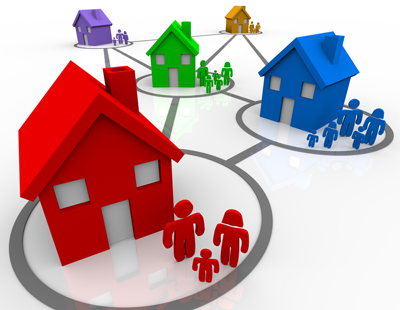 I don't think there is one person in lettings and property management who isn't alarmed at the scenes just over the channel at French ports. The sight of makeshift camps and desperate families trying to break their way into lorries is distressing enough but the situation has a wider implication for our industry.

Some of those coming into Britain will find their way into private rental accommodation - either at the hands of a landlord operating illegally or by way of a tenant sub letting. Alarmingly, this issue may soon go hand-in-hand with immigration checks.

You may have read recently about the 26 Romanian migrants found crammed into a rented house near the Olympic Stadium in East London. Council chiefs were alerted to the alarming occupancy - which even saw seven people sleeping in a windowless basement - by noise and excess rubbish. It wasn't the first time this particular landlord had broken multiple occupancy rules, having been reprimanded in 2012 for overcrowding in the same property.

Rogue landlords will always push their luck but over occupancy isn't a problem confined to lets that are self-managed. Letting agents and property managers need to be vigilant for signs of tenancy agreement breeches, especially in a country where the population and rents are rising, and supply is decreasing.

Even legally bona fide tenants can end up trapped in an unsavoury lettings situation, so vigilance is key in fighting over occupancy and sub letting. After many years in the property management industry, ARPM has become an expert in identifying suspicious circumstances and resolving issues. We apply the following to every property we manage:

- A let property should be inspected every 6 months at a minimum - more frequently if an overcrowding or sub letting issue is suspected.

- During inspections look for evidence that more tenants than stipulated are living in the property. Classic signs include more beds/mattresses and personal belongings than expected, locks on bedroom doors, makeshift beds in living and dining rooms, less free internal space than you would assume in relation to the number of listed tenants, lots of cars parked outside the property and post/utility bills addressed to people other than the official tenants.

- Make it clear before a tenancy agreement is signed who can and can't live in the property. On a standard tenancy agreement, there cannot be more than three people who are not from one 'household' (i.e. a family) sharing facilities such as the bathroom and kitchen.

- If you discover more people living in the property than agreed, discuss this with the landlord as soon as possible. The tenant should provide details of other people living in the property. It may be the case that the landlord is happy to have any extra tenants referenced and added to the tenancy agreement. If the landlord is not happy, then a formal letter to the tenant advising them that the extra people need to leave can be issued, together with notice that a follow up inspection will be arranged.

- If you suspect there is an issue concerning sub letting, a letter warning on the matter can be sent to the tenant and a follow-up inspection should be booked. If the sub letting persists, the landlord may choose to serve notice on the tenants.

A short-term lettings storm at the seaside ...

The south’s seaside resorts are stealing the headlines for all the...

If you provide a service, you expect to be paid for...

Autumn Statement: reaction and what’s next for us? ...