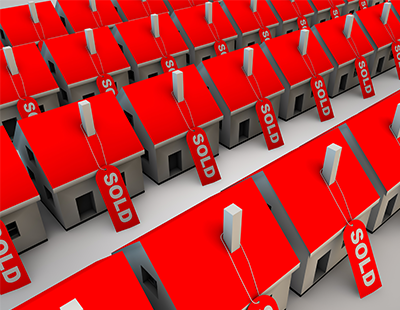 Competition is hot among home buyers in my part of southern England to take ownership of properties that come onto the market in the £190,000 to £350,000 price range.

In fact, it’s so hot that when such a property appears it’s immediately under siege from prospective owners who all demand that they be given the right to buy.

A recent illustration is a family house I took on at £240,000. Within the hour it had a cash bidder at full asking price but others were also wanting a taste of the action, even though it demanded mortgage funds to secure a deal.

Anyone who watched the TV programme on London estate agents and the so-called dodgy Russian buyer will have had the money laundering bells ringing.

For me, the bells say find out more. So without proof of legality for the funds no-one will turn up at my agency with a suitcase of cash and  buy the deeds to a house with it!

Back to the right to buy theme, though. When there’s a queue of buyers all striving to make an offer then the law says an estate agent has to make the seller aware as we know.

It’s not something any of us enjoy doing and, to be honest, the marginal gain in fee is hardly worth the pain especially as critics will be waiting to label us grasping gazumpers.

Only sellers hold the key to the door and the deal. I have to advise them on what to do and, to be honest, the only way to progress the sale is to get all the potential buyers along and then let them make bids. Much as I don’t enjoy open house events they are an honest way to let every party see both the property and the evidence that they are up against other people.

It normally ends with several bids and the only fly in the ointment can be when the lender’s valuer pays a visit. They have become increasingly cautious since the property crash in 2007, after which some were accused of over valuing properties by irate lenders who wanted their money back.

Hopefully they spend a bit longer at the task than one who valued a client’s home not too long ago. CCTV showed he arrived, walked round, and left again after a full valuation that lasted all of 11 minutes. Worse still, he marked it down after returning with the keys and saying he saw no problems!