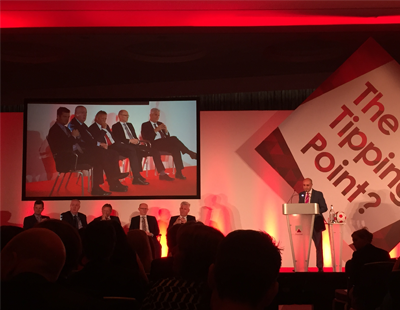 Hello and welcome to my brand new blog! Every month I’ll be giving you an insight into the varied, exciting and sometimes downright weird and wonderful world of property and finance. I’ll be meeting the great and the good of our industry – and, more often than not, sharing a few drinks with them!

A few weeks ago I attended the myhomemove Housing Conference held at St George’s Park, the English FA’s national football centre built on a mammoth 330-acre site in Burton-upon-Trent. It’s quite a sight to behold – check out a brilliant virtual tour of the park here.

We were certainly in exalted company. Prince William was there on the same day giving his royal seal of approval (that’s not a euphemism, by the way) to the England Women’s football team before they headed off on their World Cup campaign in Canada.

As for the conference itself, it was compèred by property commentator Louisa Fletcher – you may have seen her on Sky News providing expert industry analysis – and myhomemove boss Steven Hayter (nice hat in the Twitter profile pic!). The conference was titled ‘The Tipping Point?’ and saw a wide range of speakers talk on a wide range of topics.

Rightmove had some particularly interesting slides: when it comes to what potential sellers most want from their estate agent, the portal’s research found “local knowledge” was the runaway leader, way ahead of brand, staff expertise and range of services. As for the question of where people begin their property search, “online” was a clear winner on 61%, with only 11% still “visiting a local estate agent”. While this trend isn’t exactly surprising in the increasingly technological world we live in, the extent to which people now search for property online is staggering. If it carries on this way, the whole country will be turning to the internet to start their property search before too long.

One of the other main themes running through the conference was the importance of content sharing. The growing influence of social media – whether it’s Twitter, Facebook, LinkedIn, Instagram, Google+ or Tumblr – is slowly but surely creeping into the property industry. Many agents are starting to appreciate the immediacy and engagement opportunities these avenues can provide. At Angels Media we offer various integrated marketing/social media management packages as well as helping agents to become more profitable :).

Property Flock, which helps estate agents share branded content instantly to get more leads and instructions, is one example of a company pushing the content-sharing revolution. More on them in a later blog.

The most inspiring part of the day, though, came courtesy of motivational speaker Dave Clarke, the former captain of England’s blind football team. He told the audience how from the age of three he wanted to play football even though he was blind. He subsequently learnt how to play and recently retired as England’s greatest ever scorer! Shows that people can achieve anything they want when they put their mind to it.

As always it was a great networking event where I was able to meet up with some of our clients, including Life Residential (click here for my 60 second interview with them) and Kings Group, as well as many others from the property world such as UK Sales Progressors, Martin & Co, Hatched and Miles Shipside from Rightmove.

Afterwards, at the drinks reception, I met a woman and her boyfriend at the bar (leave it, too easy). They weren’t part of the conference, so I assumed they were just a couple of gatecrashers. On talking to them I found out she was the current captain of the England Women’s team. Or so she said. I took a selfie with her, as you do, and have since carried out a quick Google images search of the current England Women’s team captain. The selfie and the Google image don’t match up. Have I been done? Does anyone know who this mystery woman really is? 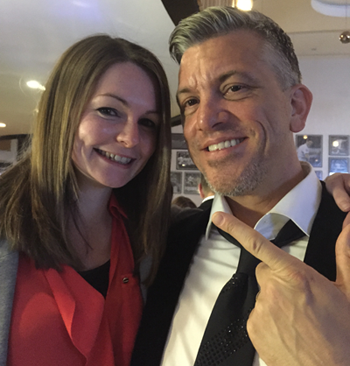 Moving away from property for a minute, last Bank Holiday Monday I was busy running the Bupa 10K around London. It’s always a fantastic, well-supported event, and this year we had cracking weather to match. When the sun is shining and you’re surrounded by twelve thousand or so other runners, life doesn’t get much better. 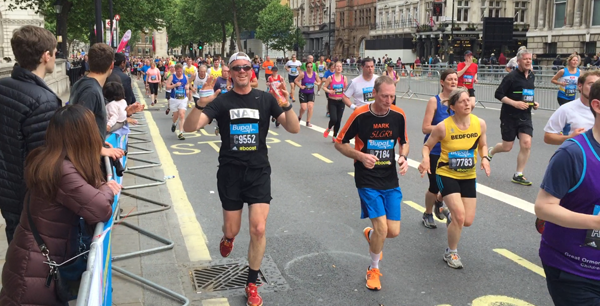 Last week a few of us from the Angels team headed to the Heron Tower in London to secure some new business. As always, if you have a fab team around you, you’re much more likely to succeed. 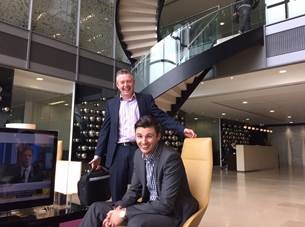 I’ll leave you with this little gem of a quote which further highlights the importance of successful content-sharing: “Links are essentially votes and worthy sites/content deserve these votes.”

Until next time…when I’ll be discussing how estate agent websites are failing to adequately appeal to their target market.