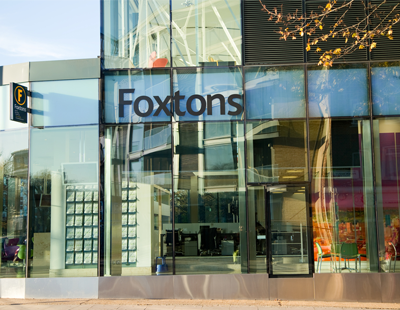 This month has marked a real change in the way the private lettings sector is perceived - and it’s a perception the industry needs to do something to improve.

In the past, criticism of letting agents has been relatively shrill. It has come from what can be described (fairly or unfairly) as ‘the usual suspects’ - aggrieved tenants, campaigning bodies like Shelter, or charities like Citizens Advice. By definition, these only see people with problems rather than what we hope is the significant majority, happy with their home.

This month, however, the criticism has widened - substantially.

The obvious sign of this has been the individual action against Foxtons by a London law lecturer who feels the agency’s fees levied on him, as a landlord client, are unfair. On top of that, his complaint appears to have triggered a class action, again by landlords.

There has been a series of statements by others in the industry that some of the grievances against Foxtons - especially that contractors receive commissions from agents for being asked, without competition, to undertake maintenance - applies to many other letting agencies too.

Then there has been the criticism of letting agents and their fees by a mortgage and loans firm, Ocean Finance, which used the incendiary term ‘rip-off’ to describe some agency charges to landlords and tenants alike.

Now there has been criticism from a journalist - not just another one seeking a quick headline, but Liz Hodgkinson, a major landlord in her own right, who has written a damning piece in The Daily Telegraph. This builds on a body of criticism of agents’ fees levied by another landlord-cum-journalist, Victoria Whitlock, in the London Evening Standard.

This week has ended with the respected property legal expert Tessa Shepperson saying how delighted she is at the legal action against Foxtons - she hopes it succeeds.

The difference with this month’s criticism is that whereas tenants and charities dealing with tenant problems have no choice but to deal with letting agents, the landlords and experts who are now being so damning actively CHOOSE to deal with agents and are their CLIENTS not their critics - at least until very recently.

Of course it’s easy to bat away any one of these criticisms: many believe Ocean Finance’s charges to borrowers make this a ‘pot calling the kettle black’ situation, and criticisms of Foxtons have been turned into a national pasttime so ‘do they really mean anything’?

But it would surely be foolish for the industry to dismiss the most recent criticisms, or to rely on the new government requirement for agents to display their fees.

And it would be glib to merely trot out the familiar (even if true) statement that the vast majority of letting agents are very good.

Of course most are very good - the problem is, there appear’s quite a few who are not.

And with the mood music changing, so might the new government’s view about the private rental sector.

Letting agents are already in a vulnerable position with initiatives like Build To Rent which could well effectively by-pass agents completely as new blocks of rental units are managed by institutions.

What if next up there was the removal of tax breaks from buy to let landlords, as has been mooted by a surprising number of people - informed people - in recent weeks? There would be little sympathy from the wider public if the perception of the rental sector as a rip-off industry gathers pace, no matter how unfair that might be to the majority.

I remain a supporter of letting agents and an admirer of their work: I use a particularly good one, have had no complaints over the course of a decade, and am happy to pay its 14 per cent fee for the work I know it does and for the hassle I know it saves me.

But until the trade associations and industry bodies accept there is a problem, until they stop saying ‘most of us are OK’, and until they start asking for assistance in weeding out the problem - perhaps through a parliamentary enquiry, perhaps through sponsoring MPs to create private members’ bills for more regulation - then public support will ebb away.

And ironically this will be just at the time Britain’s housing market and Britain’s public need a thriving rental sector, good landlords and great letting agents, more than ever before.

Scrap the bureaucracy and let’s have simple rental regulation ...

That the private rental sector has become the government’s whipping boy...