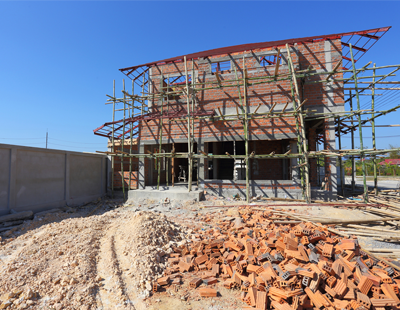 Given that I wrote my last article on the day of the General Election but well before the result was known, it would be remiss of me not to touch briefly on the Conservative Party’s return to Government, the unexpected slim majority they achieved and the impact this is likely to have on our sector in the months and years ahead.

It has now been over a month since that result and, if you wanted a good indicator of how it was taken, then you probably only need look at the markets. In the immediate aftermath shares of listed house builders, agents, building and home-focused retailers all improved amid the belief that a Conservative Government provides certainty and stability for the housing market in general and far less likelihood of large-scale intervention.

I have written before about the potential impact, particularly of the Labour Party’s manifesto commitments, which would have introduced a Mansion Tax, far more regulatory imposition on the private rental sector, and was overall offered a much more interventionist approach.

The country eventually decided this set of policies were not for them so it will be a positive if we can focus now on the one overriding issue which does need to be addressed – namely increasing housing supply – rather than continued tinkering around the edges.

Judging by the recent comments made by the new Labour Shadow Chancellor, Chris Leslie, there has been a quick acceptance that the pre-Election approach should not be progressed further, particularly when it comes to letting agents and the potential of rent controls.

Leslie has now said that he is against a “crack down” in these areas and that the Labour Party was wrong to have suggested “landlords are all exploitative and opportunistic”.

The fact that Leslie is himself a private landlord might have something to do with such views but at least progress appears to have been made away from the previous inference that all landlords and letting agencies are intent on ripping off tenants.

This was plainly false in the extreme, however, it has taken something of a thumping at the ballot box for the Labour Party to overtly accept this. Now, quite rightly, Leslie suggests the focus has to be on building more homes and I suspect there would be no-one in our market who would disagree with this.

Unfortunately for him it will not be his party pushing forward measures in order to increase the number of properties in the UK, and let’s be clear we need just as many new properties made available for quality tenants as we do for home ownership.

The complexities of our housing market are well known, but perhaps first we need to begin with an acceptance that we’re not in the days when half a million new homes could be built each year with relative ease. We are a very long way from that position and, even with a full focus on such issues, we may be lucky to achieve a quarter of those numbers.

The small to medium-sized housebuilders who were once able to build many properties and supplement the larger developments of the national operators are either no longer in existence, or have been severely impacted by the Credit Crunch and recession. In essence, the housebuilding capacity simply isn’t there.

The market also has to contend with the planning restrictions in place in many areas of the country, the definition of what is green belt, the use (or not) of existing land banks, the appetite of mortgage lenders to fund such purchasing – particularly for first-time buyers seeking high LTV mortgages, the availability of building materials, the list goes on.

This is a conundrum which can’t be solved overnight and may well require some degree of cross-party political support to get a long-term strategy in place which can eventually deliver the numbers we need. The truth is there is no easy fix and we shouldn’t be surprised if the same arguments are being had again in 2020. Which is rather depressing.

So, as we move forward into the next Parliament, the good news is that our market is unlikely to see the kind of political and regulatory intervention we were deeply troubled by – albeit certain pressure groups will continue to call for action to be taken against both landlords and letting agents who they believe are all acting unethically and profiting at tenant’s expense.

We know this is not the case but it is up to us as an industry to prove the value of our services and to operate as transparently as possible. If we can rid the industry of the cowboys then a stable marketplace with current conditions should ensure this sector serves consumers well and remains a positive one to earn a living in.

Predicting ho­­w the housing market might play out over the next...

The spotlight on our sector will not diminish, despite the result of the election ...

I write this article on the day of the General Election...

Why 'the UK housing market' no longer exists ...

The huge consequences of the EU referendum, and the impending Brexit...