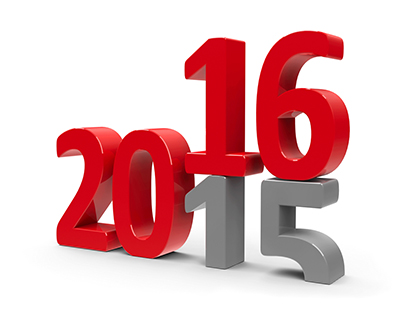 In many respects 2015 has been a good year. Despite global challenges, we have seen a marked improvement in the UK economy, reflected in growing real incomes and upbeat consumer confidence.

The housing market has been giving positive messages as well.

The pace of net mortgage lending has accelerated over recent months to deliver the strongest rate of growth since 2008.

More significantly, CML statistics show the number of both first-time buyers and movers have increased year-on-year for the past four months in a row.

The improved economic context and expectations that mortgage rates will stay low for longer has certainly helped. Despite this, the overall level of housing transactions has barely managed to keep pace with last year.

The Royal Institution of Chartered Surveyors this week reported yet another historic low in the number of vendor instructions, with second hand home sales impacted most significantly.

Furthermore, while new build completions have increased, NHBC statistics indicate a slowing in housing starts across many parts of England.

Low transactions and high housing demand is not a good combination. While it will deliver price rises on the Nationwide and Halifax price indices and the like, it is dysfunctional growth.

People are staying put because they cannot afford to move and thus prices rise further as more buyers, generated by a growing number of households, chase fewer properties. A thoroughly unvirtuous circle.

Unlike circles, that relationship cannot of course go on forever: affordability will call a halt. This week the Bank of England published its Mortgage Lenders and Administrators Statistics, which is more interesting than it sounds and shows an increase in loan-to-income (LTI) ratios in the third quarter.

The proportion of high LTI loans has now risen for two quarters in a row. This, combined with the Mortgage Market Review measures, will dampen effective demand, with implications for prices and activity.

Given these market dynamics and current expectations for the economy it looks as though house prices are set to grow in the region of 4-5% in 2016.

Activity in the market is likely to retain its recently marginally improved momentum, including increased numbers of first time buyers. However, for all the reasons outlined above, activity is unlikely to be anything more than a bit better.

Sadly, we should hope this is the case, otherwise the Bank of England may feel inclined to step in and slow things down a little in advance of a base rate rise.

Given the structural supply challenges in the second hand market, we will continue to see too many agents chasing the same properties.

A small but growing proportion of these vendors will sidestep the traditional sales models. Service differentiation will remain paramount.

In the new build market, while housing starts have tempered in recent quarters, various facets of Government policy will deliver supply over the coming years. This includes some of the largest regeneration and new town developments the country has seen in a generation.

Good news for those sitting comfortably in this preserve of the market. But, the mega master-planned schemes are not the whole story.

Small and medium sized developers, who suffered such a torrid time as a result of the financial crisis, are back in the market across many areas of the country with improved access to development finance and schemes finally meeting viability hurdles.

However, until this supply starts to show its face, the rental market will remain home for a large proportion of the would-be first time buyers the Government is targeting with policy initiatives. This means robust demand in the rental market in 2016.

Inevitably though, as home ownership moves within the sight of more households as a result of Government policy, and to an extent improving real incomes, expect a greater impetus to deposit-saving.

Household costs, including rental expenditure, will come under greater scrutiny, with perhaps further willingness to sacrifice in the short term.

This has two potential consequences. Firstly, empty nesters should be alert to boomerang offspring in 2016: it may be sensible to bring forward any downsizing plans.

Secondly, landlords, who are already facing rising costs as a result of imminent fiscal changes, will be in greater need of greater advice, as Simon Duce highlighted in his comments a few weeks ago.

2016 is likely to prove another challenging year. But, there is the prospect of greater opportunities in the medium term. Therefore, in addition to getting buyers in before Christmas and valuations for New Year sales, perhaps a little business planning over a mince pie?