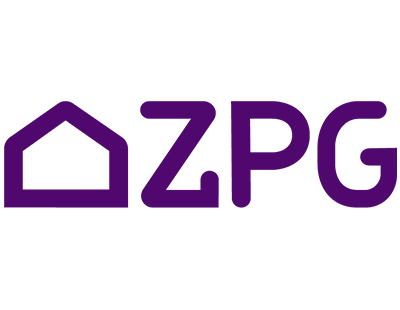 The latest house price index from Zoopla has suggested the market remains resilient in the face of the cost-of-living crisis, but that the knock-on effect will start to ripple through to the property market towards the end of 2022 and into the start of 2023.

The property website says that the market is currently performing better than anticipated, despite external pressures, but argues that the levels of housing market growth will return in line with the longer run average [or 5-year average] by the end of the year. It also claims this will move lower in 2023.

In spite of this, Zoopla says fears of a ‘market crash’ and double-digit price falls are unfounded as the website’s insights suggest there is no sign of a significant fall in buyer interest in response to higher mortgage rates and cost of living pressures.

While the HPI shows that demand for homes has slowed over 2022, in comparison to the record highs of the last few years, it still remains 25% above average over the last five years and actually on a par with this time last year.

A ‘stronger than expected desire for households to move’ means that housing sales are, overall, anticipated to reach 1.3 million by the end of the year. This is 100,000 more than was originally forecast at the start of 2022.

The website says this also means the pace of house price growth is slowing less quickly than expected. By the end of 2022, prices are expected to have risen 5%, meaning the average value of a home will reach almost £260,000 by December, up £4,000 from the current average.

Buyers are continuing to search for homes that offer a work-life balance – an ongoing legacy from the pandemic – with the desire to move currently outweighing economic pressures faced by would-be buyers, according to Zoopla.

Almost two and a half years after the first lockdown was implemented in the UK, Zoopla says post-pandemic ripples are still being felt as a rapid rise in working from home supports a continued desire to move home.

Zoopla recently carried out a consumer survey which highlighted a strong link between expectations of working from home and strength of desire to move, with those working from home more 5x more likely to move than those who don’t see any changes in their working patterns.

The property website also points to the nearly half a million older people who have left the labour market over the course of the pandemic, with retirement often being a major trigger for moving home.

The cost-of-living crisis may, in some cases, be increasing the desire to downsize or relocate to more affordable areas to save on running costs and find better value for money, in turn supporting levels of demand and market activity.

Zoopla argues that these factors explain why demand for homes has been more resilient than might be expected given the uncertain outlook for the economy and rising mortgage rates.

Richard Donnell, executive director of research at Zoopla, is advising prospective buyers and seller not to panic despite the expected drop in growth rates.

“The ongoing impact of the pandemic continues to support a desire to move amongst home buyers. This is a big reason why the market is not slowing as fast as some might expect and demand remains for sensibly priced homes, especially in more affordable areas,” he said.

“The housing market is not immune from higher mortgage rates which we are starting to see increase quickly. Buyer interest is expected to slow over the coming months as people tighten their belts and spend with more caution which will see price growth weaken further.”

He added: “Whilst we don’t expect current trends to lead to a marked drop in house prices next year, buyers will become more wary and it is important sellers are realistic when pricing their homes to sell.”

The demand for homes is set to weaken further into next year, according to Zoopla, leaving growth rates to level out at 5% by the end of this year. This comes as mortgage rates increase with potential further interest rate rises from the Bank of England.

Substantial price falls are not anticipated, though, as the housing market – while not immune – is in much better shape to weather the economic headwinds than in previous cycles.

To no-one’s surprise, the capital remains the UK’s most unaffordable housing market, with house prices 11.6x average earnings in London. Prices are also rising at the slowest rate of 4% in the capital.

The Zoopla data shows that demand for homes is weakest in markets that have been enjoying some of the highest price rises in areas, like the South West and Wales. By contrast, demand remains strong in more affordable markets and cities outside the South East.

Richard Davies, the recently appointed managing director of Chestertons, commented: “To date, 2022’s housing market has been extremely active. The number of buyer enquiries in the first half of this year has doubled compared to the first half of 2019; before the pandemic. Although we would normally expect the market to slow down towards the summer, we are seeing a continuous uplift in buyer registrations. This suggests that, despite economic challenges and the changes to mortgage rules, buyer appetite remains on an upwards trend.”

He added: “One driving factor behind house hunters wanting to move sooner rather than later are interest rates. With the Bank of England putting up rates more than once this year, many buyers have established a stronger sense of urgency.”

“Another reason that drives buyer enquiries is that the market is seeing a post-pandemic reshuffle. After many house hunters put their search on hold or changed priorities over the past two years, we have since been registering enquiries from families wanting to finally make their move a reality as well as international students, international buyers and office workers who require a pied-à-terre closer to work again.”

One of the North East’s leading property experts has claimed that...