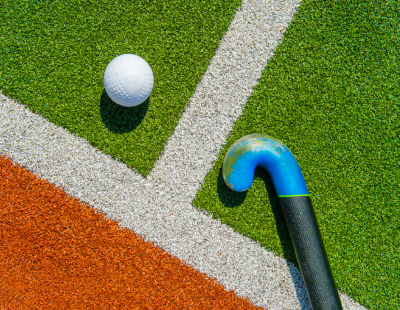 More than 70 girls and boys who represent Ben Rhydding Hockey Club in Ilkley, west Yorkshire have benefited from a smart new kit thanks to local agent Dacre, Son & Hartley.

The regional agent has agreed a sponsorship deal for the under 12s, 13s, 14s and 15s teams.

The teams recently travelled to Arnhem in Holland for their annual junior hockey tour.

It is the first tour for three years and they played several matches against some of the top teams from across Holland, as well as watching two of the world’s top teams, Holland and Argentina, do battle in a men’s’ international tournament.

Some of the sponsorship money has been used to buy branded hoodies for all the players on the tour.

Recently the under 12 girls’ team qualified for the England Hockey National Club Finals at Beeston Hockey Club in Nottingham, as one of the eight top teams in the country, having won the Yorkshire and North East League.

After a wonderful set of games, they became the highest placed team in the country north of Birmingham.

It is the first time a team from Ben Rhydding Hockey Club has qualified for the national competition in eight years.

Abi Box, one of the club’s head coaches, said: “The financial support from Dacres means that our teams can wear smart, practical kits to all their practice sessions, games and on our tour and it’s great to have the backing of such a long standing respected local firm like Dacres.”

Tim Usherwood, director of Dacre, Son & Hartley, said: “We have a long-standing relationship with the club and have sponsored several teams and kits over the years.

“Numerous Dacres staff have played for Ben Rhydding over the years. It is a very supportive and social club encouraging many people from our local community to enjoy the game of hockey, and we are proud to have our brand associated with so many talented and dedicated young players.”

Agency boss backs including broadband and mobile signal in listings ...

A senior agency executive has backed the controversial issue of including...

A lender is predicting mortgage-backed home purchases will be “significantly lower”...

The Competition and Markets Authority (CMA) has closed its investigation into...