The temperature may be heating up outside and there are also few signs of the jobs market cooling down for agents and property professionals.

Here are some of the latest moves that took place during June.

If you want your jobs or appointments news to feature here, email press@estateagenttoday.co.uk.

The office, in the cathedral city of Chichester, is just a few miles along the coast from Richard’s previous Henry Adams branch at Middleton on Sea, West Sussex. 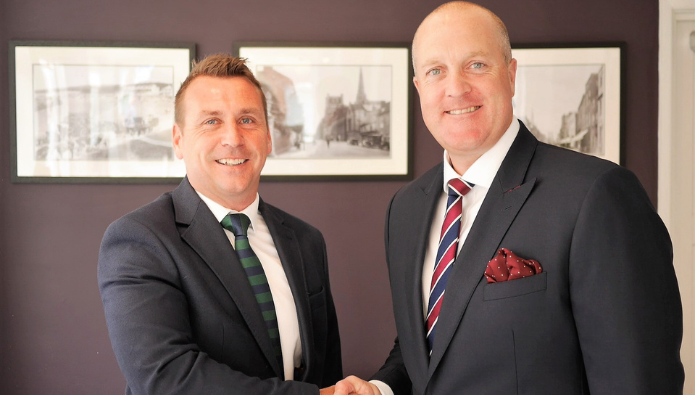 He managed the Middleton on Sea office for 10 years, building it into a successful branch operating within a thriving coastal community.

Richard joined Henry Adams in 2001 and became a partner of the company in 2012. During the past 21 years, he progressed through the ranks and became manager at the firm’s Bognor Regis & Aldwick office in 2007 before moving to Middleton on Sea in 2012.

Longhurst said: “I was born and bred in Chichester so naturally I jumped at the opportunity to take up this pivotal role at our flagship office. Chichester is a fantastic city which I know well having grown up here.

“We have an excellent sales team already in place so I’m very much looking forward to building on that success and driving the business forward. We’ll be selling a diverse range of properties, from new build apartments to waterside properties, country village homes, and Georgian townhouses.

“I’m looking forward to getting started and getting to serve our customers, present and future, to show them just what makes Henry Adams that little bit different and a lot more effective.”

Gareth Overton, head of residential sales at Henry Adams, said: “It’s brilliant to have someone of Richard’s skill and experience stepping straight into the role. Having worked closely with Richard over many years, I’ve every confidence that he will continue to grow our client base.

“He has always focused on the importance of customer service, resulting in Henry Adams being awarded the Platinum Award from the review site, Feefo.”

Spearheading a new growth strategy, Mark’s objective is to quadruple the size of Chestertons’ current new homes department over the next few years and establish a one-stop shop for developers.

Mark started his career of 18 years at Foxtons as a negotiator and then valuer before moving over to the company’s new homes department, covering all areas of London.

His passion led to his promotion to director and then area director, where he oversaw the substantial growth of the New Homes team over a period of 14 years.

Richard Davies, managing director of Chestertons, said: “We are very excited to welcome Mark to our team. His extensive knowledge of London’s property market, as well as his expertise in the New Homes sector in particular, will present a real asset to help transform our New Homes department.”

Mark added: “Working in new homes is like having a front row seat of the future of London.

“Over the years, I’ve witnessed the transformation of many previously unloved parts of London and, with strong demand from buyers, the capital will continue to see new and exciting regeneration projects. I look forward to sharing my passion with the Chestertons team and extending our already wide range of services further.”

Cheffins: Lauren Blake has been promoted to head of the Newmarket office for Cheffins following the retirement of Neil Harris.

Blake, who has 17 years of experience working in estate agency, will now lead the 10-person strong team from the Cheffins Newmarket office, situated on the town’s High Street.

Her appointment is announced following the retirement of Harris, who joined Cheffins in 1989.

Blake joins the Newmarket team following seven years at the Cheffins Cambridge office and will lead the office’s residential sales and lettings departments, covering all sectors from the market from flats through to high end family homes.

She said: “I am pleased to be joining the already successful team in Newmarket and am ready to ensure that Cheffins continues to be one of the leading estate agencies in the local area.

“We will continue to provide an exceptional service for clients both in Newmarket town centre and the surrounding villages and I look forward to ensuring that the branch continues to thrive.”

Mark Peck, head of residential at Newmarket ,said: “With a strong existing team in place and the appointment of Lauren, we are confident that the Newmarket office will be left in good hands following Neil’s retirement.

“Lauren has a wealth of experience and an in-depth knowledge of the local area; I am sure that she will provide excellent leadership and further our strong track record in the region.”

Christopher, who formerly operated his own estate agency, brings years of retail and property experience within the Sutton Coldfield area. 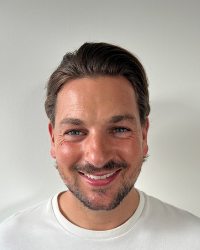 Chosen Home has grown significantly since it launched in September 2020, securing more listings and enquiries throughout the West Midlands, and approached Christopher when it recognised that his emphasis on customer service aligned with that of the business.

Nicki Ash, director of Chosen Home, said: “It has been almost two years since we officially launched the business, and we’re proud of the way our reputation has grown, resulting in an increasing number of listings – we recently secured our 100th – and a growing demand for our services.

“It became clear that in order to meet that demand, we’d need to develop the team further, and Christopher was already on our radar as he already operated within Sutton Coldfield and our paths had crossed on many occasions.

“We liked his professional yet friendly attitude, and we were particularly impressed with the emphasis he placed on providing excellent customer service – something we’ve placed paramount importance on from day one. In short he was the perfect fit, and we are thrilled that he has agreed to become part of the Chosen few.”

Christopher added: “My background was initially in senior retail management, where I spent 18 years working for a range of designer brands including Michael Kors and Christian Louboutin, which is where I became a stickler for first class customer service. An exceptional customer experience was of the utmost importance within those roles, and that was something that I grew to expect across every business I engaged with.

“About 10 years ago I started buying, renovating and selling properties in the Sutton Coldfield area. I found my experiences with estate agents, both as a vendor and a buyer, incredibly underwhelming, and as a result, I found myself thinking what I would do differently in their shoes, which ultimately led to me setting up as an agent myself.

“When Chosen Home launched in 2020, I was instantly drawn to them as they were doing everything I thought an outstanding agent should. I loved their approach, their proactive and friendly attitude, and above all, their first-class customer service.

“I respected them as agents, and when the team mooted the idea a couple of months ago of my joining their ranks, I was excited to be a part of it.

“Working alone, there was only so much I could do, so many instructions I could oversee, while being part of a likeminded team means we have colleagues to share ideas with and ensure we constantly deliver on our promises.

“In the short time I’ve been here, I’ve been struck by the dynamic way of working and the camaraderie of the team, and I can’t wait to see where the business goes next.”

Sophie initially joined the Mortgage Club’s support services team, before progressing to the position of telephone relationship manager, where she was instrumental in growing the business’ client base and driving the adoption of technology within these firms.

In her new role, Sophie will be responsible for developing new and existing relationships with a number of key partners as well as recruiting new accounts.

An important part of this work involves equipping existing clients with the right tools, technical guidance, wider industry knowledge, and access to new lenders. Sophie will act as an extension to clients’ teams, offering technical expertise and guiding them as they drive their businesses forward.

Sophie’s promotion comes as Legal & General Mortgage Club expands its relationship teams to support clients in a very active and frenetic market. Having grown the team from three to seven in February this year, the Mortgage Club is currently recruiting for an additional two telephone relationship managers, to fill Sophie’s position alongside another vacancy.,

Sophie said: “I’m delighted to get stuck into my new role at Legal & General Mortgage Club and can’t wait to play an even bigger role in this growing team as it goes from strength-to-strength. I’ve learnt a great deal in my journey so far and look forward to working closely with current and future clients to give them all the support they need.”

An estate agency which previously operated only through a remote working...

Agency charges buyers not vendors - and it’s set to expand ...

A regional estate agency that markets homes without charging the vendor...

Can your agency beat this? Property has 18 viewings in 24 hours ...

As an indication of the frenzied property market, this may take...