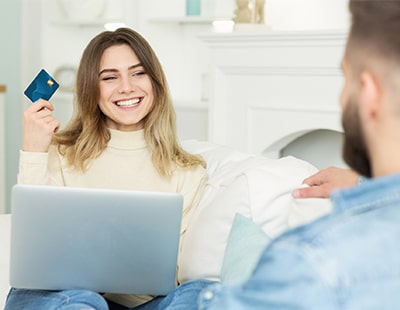 A record share of buyers are leaving London to purchase their first home, research shows.

Analysis by Hamptons found that a record 28% of Londoners buying outside the capital in the first half of this year were purchasing their first home, up from 22% in 2019 and 13% a decade ago.

This is compared with an average price of £526,600 for a first-time buyer purchasing in London.

While the average Londoner bought a property 35.1 miles from where they lived, first-time buyers stayed a little closer to the city, Hamptons said.

On average, first-time buyers moved 23.7 miles, 2.2 miles further than in 2019 as strong house price growth, flexible working and the desire for space pushed them further out.

This year, 84% of first-time buyers stayed in the South of England, with 8% moving to The Midlands and 5% heading North.

Just South of the Thames, in Dartford and Medway, first-time buyers moving out of London accounted for more than one in five purchasers, according to Hamptons data.

Meanwhile, the share of homes bought by movers, who traded their London homes to buy outside the capital, dropped to a record low.

With price growth in the capital moving at a slower rate than many of the places movers are heading to, some London leavers have found themselves on the back foot, Hamptons said.

On average these movers travelled 26.4 miles outside the capital, 0.6 miles further than in 2021.

A rising proportion of London leavers are trading up to a more affluent area.

More than half (53.9%) of households leaving London this year moved to a more affluent area, Hamptons said.

Aneisha Beveridge, head of research at Hamptons, said: “It’s becoming increasingly evident that one of the biggest Covid-related housing market trends – moving out of London for the country - could be here to stay.

“Despite more people returning to London offices this year, the rate at which households have upped-sticks and headed out of town has continued apace.

“While last year families relocating to gain more space accounted for nearly three in five Londoners buying outside the capital, this year the figures have been driven by first-time buyers, many of whom were renting in the capital.

“Strong house price growth outside of London over the last year has meant that buyers have had to move even further outside the M25.

“The average Londoner moved 35 miles, the equivalent of trading Fulham for Farnham or Canary Wharf for Chelmsford – an extra mile further than in 2021.  The distance London leavers move is likely to continue rising until at least 2024 as house price growth in the capital continues to lag behind the rest of the country.

“While many Londoners have traded the city lights for a country abode, we’ve also seen a rise in the number of people moving into the capital this year - both tenants and buyers, from the UK and abroad.

“So far this year 13.3% of people buying a home in London came from the regions, the second highest figure on record.  A sign that perhaps London hasn’t quite lost its sparkle.”

Record numbers of homes are being sold off-market and for a...

This year, Londoners purchased 112,780 homes outside the capital, the highest...