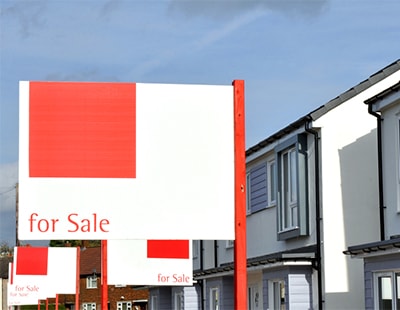 House price growth may be slowing but a senior industry figure has said it is incorrect to speculate that this means the end of a sellers’ market.

Bryan Mansell, founder of proptech firm Gazeal, said there has never been just one market in the UK and it is important to look locally.

He said: “Like any large country, the UK has huge regional differences and this feeds into the property market as well.

“There has never only been one market that moves in perfect unison, but across the UK there are 400 or so different micro-markets, all singing to their own tune.”

He said some of these are buyers’ markets, like London, while most are a sellers’ market irrespective of the current state of play nationally.

Some commentators have been suggesting that we are now entering a buyers’ market as the cost of living crisis bites and supply catches up with demand, shifting power to buyers.

But Mansell said this ignores and misunderstands the local, down on the ground experience of buyers and sellers.

He added: “While London has been more of a buyers’ market, the same can’t be said for other parts of the country which are, in many cases, still very much working in favour of sellers.

“In truth, we need to move away from these labels and start concentrating on making the market better and fairer for everyone, regardless of whether it’s a buyers’ market or a sellers’ one.

“The way to do that is to speed up momentum on upfront material information, which thankfully looks to be remaining separate from the current political uncertainty at Westminster, and to consider pilots on things like digital reservation agreements.”

PropTech Today - the importance of additional revenue streams for agents ...

I recently took part in a webinar hosted by ICG (The...

New product aims to help homebuyers prove their commitment to a purchase ...

Proptech firm Gazeal is working on buyer-focused product that can be...

Agents urged to go 'further and faster' on upfront information ...

A senior industry figure has called for upfront information changes to...