There has been plenty of movement in the property jobs market this month.

Here are some of the latest moves that took place during June.

If you want your jobs or appointments news to feature here, email press@estateagenttoday.co.uk

Iain will be working closely with Chestertons’ director of property management Julia Lickley and the team of over 40 staff by taking on the wider strategy of the department and integrating further service offerings for the agency’s clients.

Iain’s career began 17 years ago at Foxtons, where he eventually supervised several parts of the property management division and ran the ‘Premier’ team before being promoted to the agency’s operations director. 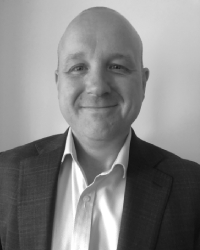 He said: “Chestertons is an extremely exciting business which has grown significantly over the past few years and now has one of the largest property management books in London.

“With an increasing amount of compliance and regulations to follow, landlords not only require a management team they can trust but a team that goes the extra mile and ensures their asset is looked after properly. I have always admired the company’s drive and focus on service and am very excited to join and play a role in growing the agency’s property management department further.”

Richard Davies, managing director of Chestertons, said: “Having worked his way up from entry level to director level, Iain showcases precisely the type of determination we are looking for in our senior team members. His track record of introducing bespoke services for clients will be especially valuable to our customer-focused property management team.”

He brings 16 years’ experience in the property industry, of which 11 have been spent working in the London borough of Richmond Upon Thames.

Killick started his career at an independent agency in Wandsworth in 2006.

He joins Savills from Chestertons where, as head of the Kew office, he handled the sale of everything from one-bedroom flats to £5m plus riverside homes.

His position at Savills will see him lead the new sales team in Teddington, covering all market segments from first-time buyer flats through to substantial family homes, while extending the firm’s reach into Hampton, Hampton Wick, Strawberry Hill and Twickenham from a prominent position in Teddington High Street.

Robin Chatwin, head of Savills south west London region, said: “We are delighted to have appointed Daniel to head up the sales department in our newly opened Teddington office.

“With his wealth of experience and breadth and depth of knowledge of the borough that will serve both the office, region and community I’m confident that under his leadership we will quickly build on our track record of selling homes in Teddington and further boost our strong track record in southwest London.”

Killick added: “I am thrilled to be joining Savills and to have been offered this great opportunity in a part of London I know well both personally and professionally.

“Teddington was voted as one of the best places to live by The Sunday Times in both 2021 and 2022, so to be joining the business as it expands into this town, and grows its offering right across south west London, is incredibly exciting.”

Haart: A number of new area directors have joined haart this month.

Andrie, a seasoned traveller having visited over 42 countries and cities, joined haart from Stirling Ackroyd where she was the executive lettings director for the West End.

Previously, Andrie had a varied career in the property industry including roles as the head of operations for YOPA and lettings director for different agencies.

haart’s new Area Partner for Wolverhampton and Telford has his sights set on growing the business’ market share.

Gagan Kohli has been appointed as new area partner for Wolverhampton and Telford.

Gagan, who has 15 years’ industry experience, working for Connells and SKITT, started his career as a trainee negotiator and won the award for the Most Improved Branch in 2019 for his region at Connells.

haart has also appointed a new area partner for Bedford, who not only has 21 years' experience in the property industry but has also spent time as a semi-professional football player and manager.

John Chand has been with haart for nearly three years and in that time has been promoted twice, first from senior property marketing consultant to Cambridge branch partner and now to area partner.

He said: “I have great ambitions to grow our market share in the Bedford area by offering a fantastic service and increasing our presence. I want to bring in more partners and create great coverage around our neighbouring villages. I’m excited for the potential here as well as the new homes site that is coming up in Bromham.”

Matthew, who grew up in Saltaire and currently lives in Bingley, has spent the past five years working in Shipley for a national estate agency chain.

He said: “Moving to Dacre, Son & Hartley is an opportunity to join a leading independent estate agent that is very highly regarded in the local area and beyond. 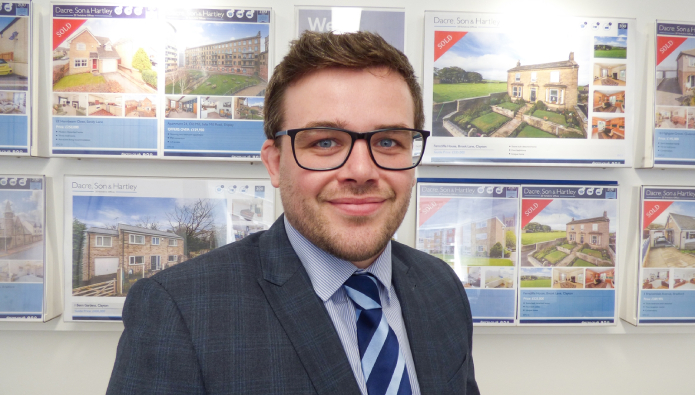 “The Saltaire office also covers a wide geographical area, which makes this a role with plenty of potential, especially because there is so much demand in the market from homebuyers.

“Most homes are selling in a matter of days at the moment, and first-time buyers are particularly active snapping up three-bedroom semi-detached homes. Traditional terraces priced between £150,000 and £300,000, are also highly sought-after, which makes it an ideal time for anyone thinking about selling.”

Patrick McCutcheon, head of residential at Dacre, Son & Hartley, which operates 20 offices across west and aorth Yorkshire, said: “Matthew brings both experience and good local knowledge to this role, which are both crucial attributes in a fast-moving property market, and we’re pleased to welcome him into our team.”

Richard Coles, senior building surveyor at Principle, said: “We are delighted to have appointed James who will help us to focus on delivering even more major works projects.

“He impressed us with his strong background in commercial surveying and he will bring several transferrable skills into the residential market for Principle.

“His skills will also allow Principle to produce floor plans for our properties and detailed design drawings for major works, which will help the procurement of new projects further down the line.”

Lucas will join the drone training programme at Principle to ensure that all the properties under management have their inaccessible or non-visible roofs inspected and maintained for weather tightness over the winter period.

He added: “The recruitment of James enables the building surveying department to set new key targets for growth over the next year as the company expand and grows.

“The acquisition will allow the department to focus on ensuring the quality of works for each project is completed to a higher standard and will allow us to meet all client and leaseholders’ expectations.”

Lucas said: “I’m pleased to be joining the team at Principle and look forward to not only putting my skills to new use but also to gaining new experience in property management.”