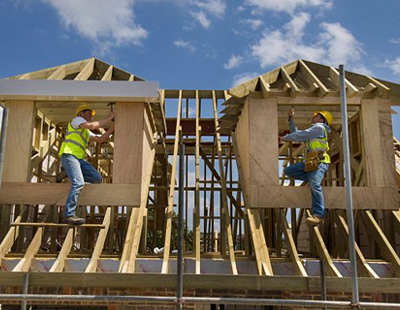 The Government was 120,000 homes short of its own new-build targets last year, research claims.

Analysis by new-build sales optimisation platform Unlatch has looked at the number of new home completions seen across the UK each year and how they stack up when compared to the Government’s own targets.

The Conservative Government has previously promised to provide 300,000 new homes annually by mid-2020.

Lee Martin, head of UK for Unlatch, said: “The complications posed by the recent pandemic will no doubt provide the Government with a convenient excuse to mask yet another year of failure when it comes to the delivery of new homes.

“But the reality is that this failure is not a recent occurrence, and both the Labour and Conservative parties have failed to seriously honour their responsibility to build more homes for going on 15 years now.

“This is no doubt due to their archaic, lethargic approach to housebuilding and a failure to adopt the evolving technologies and practices that are helping many housebuilders to streamline their internal process and deliver more homes, without compromising on quality or revenue.”

Martin blamed the planning system for the delays.

He said: “The current Government has diagnosed the planning system as central to the failure to build enough homes, particularly where housing need is at its most severe.

“There’s a continued focus on supporting private sector delivery, however this is surely down to them to solve with many of the largest national housebuilders willing to give feedback, yet currently the revamp is still paused."

The government is reportedly planning to abandon its next stage of...

The government's most publicised measure of housebuilding excludes around a fifth...