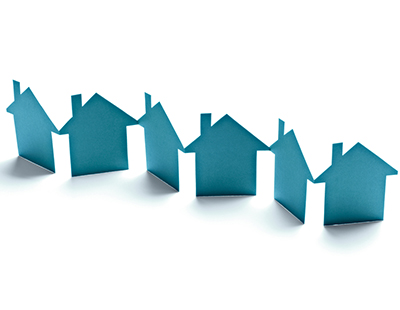 Data from the portal suggests the average time that agency stock is moving from sold subject to contract to completion is 150 days, 44% higher than 2019.

Rightmove claims that this suggests a seller needs to get on the market in the next few weeks if they want a chance of completing by Christmas or the end of the year.

The figures, revealed in Rightmove’s House Price Index for June, show asking prices hit a fifth consecutive record of £368,614, rising 9.7% annually but a more modest 0.3% on a monthly basis.

The annual rate of growth was down from 10.2% last month, while the monthly figure has fallen from 2.1%.

Rightmove said competition for properties and the supply shortage is easing.

Buyer demand for each available property is down by 8% in May compared with April, but remains 6% higher than last year, and more than double the pre-pandemic five-year May average, according to Rightmove.

The number of properties coming onto the market for sale also rose in May though and is now up by 7% compared to this time last year, but still below 2019 levels.

Average time on the market for properties remained at a fast pace of 32 days.

Tim Bannister, Rightmove’s director of property science, said: “The exceptional pace of the market is easing a little, as demand gradually softens and price rises begin to slow, which is very much to be expected given the many record-breaking numbers over the past two years.

“When we look at the number of buyers contacting estate agents compared to 2019 or the pre-pandemic five-year average, demand is still very high compared to what was once considered normal.

“We’re hearing from agents that though they might have had slightly fewer enquirers for each property in recent months, they’re still seeing significant interest from multiple buyers and are achieving successful sales.

“Entering the second half of the year, we anticipate some further slowdown in the pace of price rises, particularly given the worsening affordability challenges that people are facing.

“We expect this to bring the annual rate of price growth down from the current 9.7% towards the 5% increase that Rightmove predicted at the beginning of the year.”

Homes going under offer faster than ever but market will moderate - Rightmove ...

Average asking prices have hit new highs but there are signs...