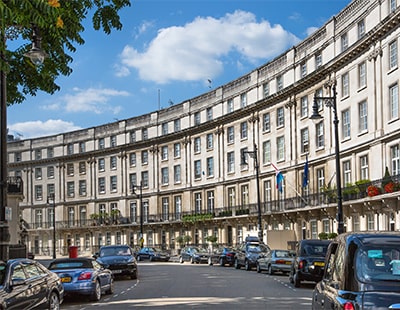 The number of areas where the average house sale price exceeded £500,000 has surpassed 15% of Great Britain for the first time.

That represents a 50% increase, with the number of half a million-pound hotspots rising from 874 to 1,312.

The research into the increase in sales across local authority wards that occurred above £500,000 revealed that the south west of England saw the largest rise in half a million pound purchases, up 167%.

The number of wards in the traditional lifestyle relocation and downsizer and hotspots Cotswolds, Bath and Somerset increased from 17 to 29 whereas markets such as the South Hams and Cornwall saw an increase from four to 11.

Savills said the increase in suburban and semi-suburban locations breaching the £500,000 threshold is most notable in London, with seven wards tipping over the half a million pound threshold in Croydon, and a further eight in Waltham Forest.

Almost two-thirds of all London areas are seeing an average house price of £500,000 or more, and a quarter of the wards yet to hit the mark in the capital are within £50,000 of that benchmark, according to the research.

While regions in the north of England still have the fewest number of half a million-pound hotspots, the number in Yorkshire and the Humber has doubled over the past two years – from five to 10.

Lucian Cook, head of residential research at Savills, said: “The momentum for moving throughout the pandemic – born from a desire for more space, and spurred on by the government’s stamp duty holiday – resulted in a mini-house price boom across the country.

“But with stock in long-favoured hotspots across the country unable to meet increased demand, surrounding wards benefited, too. As a result, we’ve seen a surge in new geographical areas breaking the half a million pound threshold over the past two years.”

The number of locations where average house prices still stand at...

Savills warns of Brexit 'drag' on prices, transactions and mortgages ...

The credit crunch may have been the economic backdrop against which...