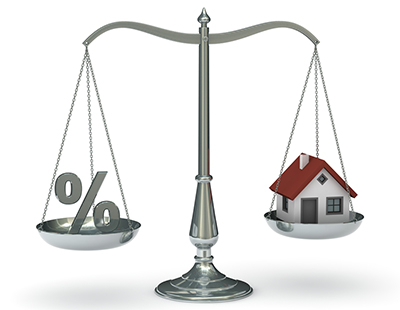 The chance of a vendor selling a property is at its highest level for a decade, research claims.

The continuing imbalance between supply and demand meant that properties sold faster and more easily in April.

Propertymark’s latest member data showed that while the average percentage of stock sold in April over the past 10 years is 20%, it hit 43% this year – a 115% rise.

The trade body’s Housing Market Report found there were nine sales agreed on average per member branch in April compared to the December low of only five.

This figure is lower than the peak of 14 sales per branch during the stamp duty holiday of 2020–21.

However, Propertymark said it is in line with the long-term average for April of eight sales per member branch.

The average number of properties for sale per member branch remained low in April at 20, while demand remained high at 100 house hunters per branch.

This contributed to 39% of respondents stating that most sales agreed in April were above asking price, according to the report.

Nathan Emerson, chief executive of Propertymark, said: “With fewer properties available to buy, it wouldn’t be illogical to assume that estate agents would be witnessing less sales being agreed.

“However, the number of sales agreed remains steady when compared with long term trends and agents report that sellers were 115% more likely to sell their home in April.

“This is due to the desire to buy a home remaining strong, and although the heights of prices being achieved may well start to cool, this trend is unlikely to change by a great deal.”

In this piece, Nathan Emerson, CEO of Propertymark, discusses how the trade...

Government intervention is being urged to boost the amount of housing...