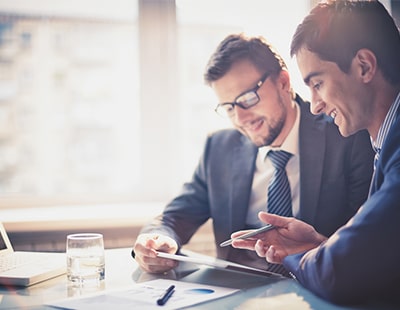 Estate agency recruiter Josh Rayner has said job demand is at the highest level he can remember.

Jobs website Indeed.com has more than 5,000 estate agent-related jobs listed and there are almost 4,000 on Linkedin.

Rayner says employers are actively seeking staff and candidates are moving around as well either for bigger opportunities, better pay, or different conditions.

He says: “As the property market has accelerated into a consistent top gear so have the jobs within the industry.

“The perfect storm of higher house prices, bigger transaction volumes and more buoyant agency businesses together with employers’ rushing to invest in more staff and better staff too, has resulted in greater demand for estate agency jobs than I can ever remember. It’s a very hot recruitment market."

It comes after research from GetAgent suggested that the US Netflix series Selling Sunset is inspiring a new breed of staff to enter the sector.

The comparison website revealed that searches for "how to be an estate agent" in the UK have increased by 244% since the latest series hit screens on Friday 22nd April.

Searches for “how much does an estate agent earn" are up 164% and there is also a 54% spike in people checking the typical estate agent salary.

Colby Short, chief executive of GetAgent, says: “Selling Sunset has quickly become one of TV’s most addictive reality series, with millions of us being taken in by the office drama, lavish mansions and eye-watering commissions of the estate agents from the Oppenheim Group.

“Many of us have been enjoying the escapism that comes with watching the ultra-glam real estate agents try and sell some of Los Angeles’ most expensive real estate to the rich and famous.

"It’s been amazing to see the increased interest in becoming an estate agent following the release of the latest season of the show."

He warns that working as an estate agent in the UK might not look exactly like the day-to-day life of Chrishell or Christine in the TV series.

Short adds: “The average estate agent salary in the UK is between £30,000 to £40,000, though most will also be on some sort of commission scheme. With the average price of a house in the UK sitting at around £399,844 though, you’re unlikely to be earning the colossal commissions to rival those at the Oppenheim Group.

“Estate agents in the UK can achieve an abundant, successful and rewarding career, with many earning high salaries and selling homes to some of the most high-flying people in the country.

“There’s nothing to stop you injecting some outrageous outfits and a little drama into your life as an estate agent, Selling-Sunset-style.”

Netflix addicts may have come across Selling Sunset, an American series...