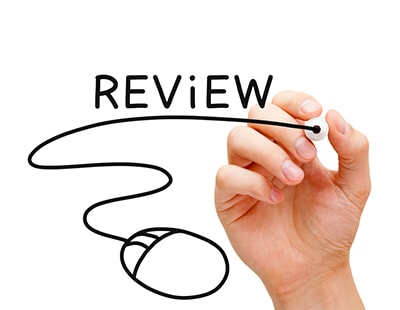 The property review service allAgents alleges that GetAgent “has been found to have a high number of fake and misleading 5-star reviews on their [sic] Trustpilot profile page” according to an allAgents statement.

Martin McKenzie of allAgents says: "A quick look at their [GetAgent’s] profile page and you can clearly see a high number of misleading reviews not related to their own business.

"There are hundreds of glowing reviews posted that are clearly of actual estate agents being passed off as their (GetAgents’) own.

“This company is known for scraping estate agent reviews from the internet, so serious questions have to be asked here.

"We have even seen a 'verified' 5-star review that appears to talk about how great the agent’s app is at identifying the risks of catching Covid.”

McKenzie continues: "You don't have to be one of Trustpilot's 'specially trained Content Integrity Agents' to pick up on this.”

Now allAgents - which has been sharply critical of Trustpilot in recent weeks, wants action.

It wants Trustpilot to publish details of fake reviews removed from its paying and free listing customers.

Separate to this latest spat, last month Trustpilot announced it was stepping up enforcement against companies - including those in the property sector - who repeatedly solicit fake or misleading online reviews.

It said it removed more than 2.2m fake reviews from its site last year, and has enhanced its automated fraud, enforcement and anomaly detection technologies which safeguard the platform from misuse.

Both Trustpilot and GetAgent were asked for their views on the allAgents allegations by Estate Agent Today yesterday afternoon.

Trustpilot says it will take until Thursday lunchtime to analyse the 2,000-plus reviews in question, but pledges a “robust” response then.

GetAgents told EAT that it disputed the word ‘fake’ and suggested that the reviews in question were left “for the wrong company” on the GetAgent site in error.

GetAgent chief executive Colby Short told EAT: “If a reviewer mistakenly leaves a review for the wrong company on GetAgent’s Trustpilot page we inform the reviewer and Trustpilot of this and hope that it is removed. It is not down to us to decide if that review is removed …

“This is a challenge that most companies face. allAgents themselves suffer from the same problem…

“I am extremely proud of the work that GetAgent does with over £500m worth of referrals listed with our partner agents in February alone and we intend to focus on doing ever more for vendors and our agent partners”.

Are Reviews Faked? Trustpilot bats away claims of ignoring breaches ...

The international reviews service Trustpilot has batted away criticism from a...

Trustpilot hits back after attack by property reviews website ...

Reviews website Trustpilot has hit back after being attacked by property...

A long running dispute between reviews website allAgents and Purplebricks has...