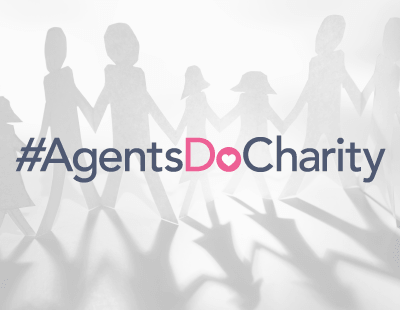 Hello and welcome to the weekend, and another ADC - our chance to pay tribute to fundraisers throughout our industry.

Want to let people know what’s going on, and perhaps get some additional donations too? Then just email us on press@estateagenttoday.co.uk and we’ll tell the industry.

Healthier Heroes: The Home Truths agency in Lancashire generously offered its branches as drop off points for donations for Ukraine - and those donations came thick and fast, filling two containers which have departed for the war-torn country.

Home Truths director John Ascoft says: “ We have been moved and overwhelmed by the support given by our friends around Coppull and Eccleston we were delighted to be able to help the Ukrainian effort in a small way”.

The agency also does superb work for the local Derian House children’s hospice, holding fundraising events throughout the year and donating £10 per house completion - so far it’s raised £1,000.

Stand by to hear more from this agency in the coming weeks!

Josh Asbury: Staff at Stratford-based Sheldon Bosley Knight are hosting a fundraising weekend to help pay for a holiday of a lifetime for a young boy being treated for cancer.

Nine-year-old Josh Asbury was diagnosed with T-lymphoblastic leukaemia/lymphoma in November last year only a few weeks after recovering from Covid. So far the brave youngster from Evesham has had CT scans, surgery on a collapsed lung, numerous biopsies, X-rays, blood tests and ultrasounds and is currently undergoing chemotherapy treatment at Birmingham Children’s Hospital.

Staff at Sheldon Bosley Knight are holding a charity event on April 1 and 2 to raise money for the family to go on a trip of a lifetime when Josh recovers. It will feature a mixture of continuous running, cycling and walking in a relay between nine of the company’s 11 offices.

Starting at the Kenilworth office, a team will run to the Leamington branch before handing over the baton to the next group cycling to Stratford. From there it will be a walk to the Kineton office before the next leg which is a run to Shipston - then the team cycles seven miles to Chipping Campden before handing over to the next one who will walk through the night to get to Winchcombe. The penultimate leg will see a cycle ride to Pershore in the early hours of Saturday morning before a finish at 11am in Evesham.

So far, 30 members of staff from across the 11 offices have volunteered to take part in the relay.

It’s a fantastic team effort and you can donate here.

The Karma Club: An industry partner has donated more than £20,000 to local charities and community good causes over the past 28 months and thanks to the support of its clients, this amount has been doubled to over £40,000.

The charitable arm of the business, called The Karma Club, launched in September 2019, and the £20,000 it has donated since then has been match funded by members of the EACC.

Each month, The Karma Club donates £5 from each member’s monthly subscription into a ‘pay it forward pot’. The members then suggest charities and community groups they want to support, and the club doubles their donations.

As part of its charitable support, the business also has a chosen charity of the year, which it commits to support to the tune of £3,000 per year.

Jerry says: “Our members have been very enthusiastic about getting involved, and it goes to show that good estate agencies are often the most generous, kind, and community-minded businesses out there.”

It also reacts to causes such as the Ukraine crisis, making Christmas memorable for a young girl with cancer, Stephen Brown’s Computers for Schools appeal, and supporting hospices across the UK during lockdown.

Jerry adds: “We can all do something good in a world where there’s a lot of bad things going on at the moment.”