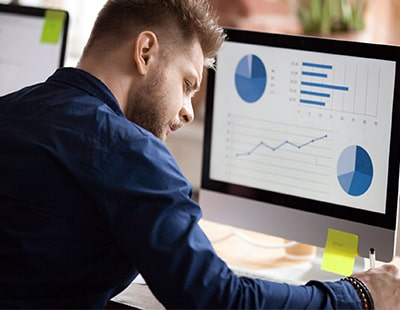 A prominent analyst says he expects a U-turn on the “folly” of interest rate rises sooner rather than later - but not before the housing market may have suffered.

Doug Shephard is the director of Home, a website producing a highly detailed monthly housing market snapshot based on what it claims to be the most comprehensive database of UK residential properties advertised for sale and rent on the Internet.

“By January 2019, they had made a policy U-turn and said their projections had been wrong” says Shephard.

He anticipates a similar move here, sooner rather than later, and writes on the Home website: “In an economy such as ours that is addicted to cheap credit, even a small tightening of monetary policy can have disastrous results. Of course, inflation is a very real problem and, before the financial crisis of 2008, would have been dealt with by these very means. However, we don’t live in that world anymore.

“Trying to tame inflation in the current situation by raising interest rates would be like pushing on a string, and the fallout for the stock markets and property market would be devastating.”

He says interest rate rises work when stemming demand which drives up prices - however, Shephard insists that the current cost of living crisis concerns food, energy and essential services - all commodities that cannot easily be cut back on by consumers.

"We can, therefore, fully expect a rollback of these measures when the BoE throw up their hands in despair and acknowledge that their actions are not working as intended” he forecasts.

“How much pain the housing market will have endured by the time they admit their error is anyone’s guess. We can only hope the U-turn comes sooner rather than later.”

You can see Shephard’s full analysis, and the latest details on Home’s analysis of the current market, here.

The Bank of England has raised interest rates for the first...